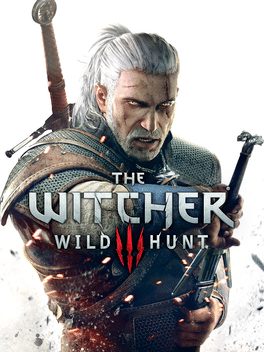 The Witcher 3 Next-Gen Update – Worth Going Back For?

Home
Reviews
Game Reviews
The Witcher 3 Next-Gen Update – Worth Going Back For?

The Witcher 3: Wild Hunt was released back in 2015 but has just gotten a huge free update to bring it up to next-gen standards. Improved technical aspects are not the only new feature that players can now enjoy, there is new content waiting to be discovered as well.

How do I get the update?

The update can be downloaded for free on the platforms where you own the game and have it installed. If you are new to The Witcher 3, the update should be installed automatically alongside the game. The game version should show as 4.0 after the update.

The whole list of changes can either be found in the patchnotes of your game update or on the official website.

The main highlights of the update are:

Is it worth it?

If you want the short answer – yes. Read below for a longer answer.

I am a huge fan of the Witcher franchise and have completed multiple playthroughs of Witcher 3 already. So I didn’t really need another game on NewGame+ but if you haven’t touched the game for a while or still need to complete a playthrough, now is a great time to get back to the game.

The new and improved settings forced me to play on reduced graphics on my PC. So if you have a machine that can just about run the old game and wonder whether you should install the update or not, my game still runs well with lowered settings. Other players have reported issues with performance but not everyone is affected and the developers are looking into it as we speak.

Terra Nil – or After the City Builder

The visual improvements are very obvious and you will probably see them as soon as you load into your game. The environment looks better and the shadows are sharper, even on my potato. Let’s be honest – the game has always been very beautiful and looks better than some titles that have been released more recently. So getting a visual upgrade for this gem is a very nice treat.

The new feature I certainly enjoyed the most so far is photo mode. The camera is extremely flexible and can be moved pretty much anywhere you want. And the best thing is: Photo mode also works during combat! If you always wanted to take fancy action shots or zoom in on that monster, now is your chance. These are some photos I took in my game:

Another very sweet thing I noticed is that you can finally pet Roach! This makes the connection between Geralt and Roach even more obvious in-game and I love praising my Roach after a long sprint to the next question mark or objective marker. Or when she has to carry you to the next trader after a looting session.

The new quest is fun and a good way to jump back into the game if you’ve completed the game but don’t want to go through the trouble of a new game just to enjoy the upgrades. And who knows, you may solve Cyberpunk’s best kept secret while doing so?

All these little things and quality of life changes make me really happy and I am glad that the game is getting the attention it rightfully deserves. I hope that all players who are affected by heavy performance issues will see a patch for these issues soon but with the amount of content and changes, it is only natural that some things might cause issues on some systems at first. I am having a good time with The Witcher 3 once more and I can’t wait to play more during the upcoming holidays!