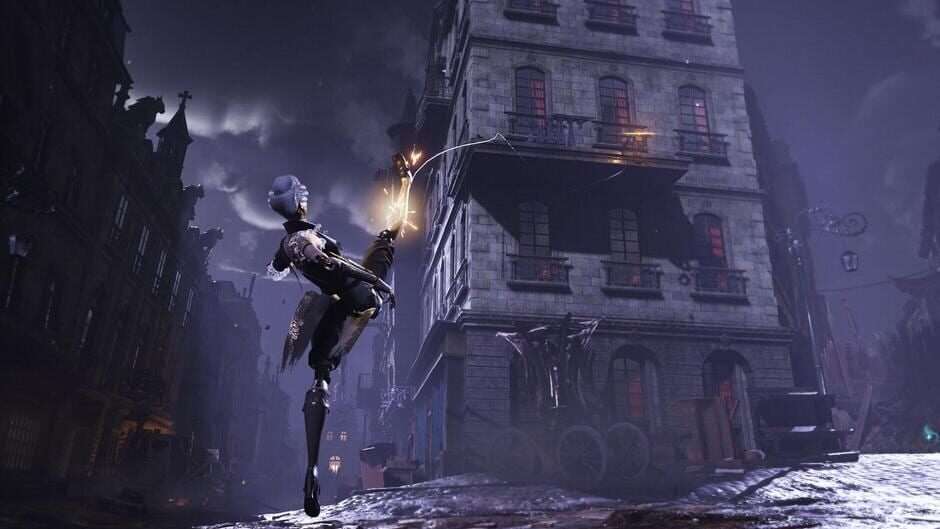 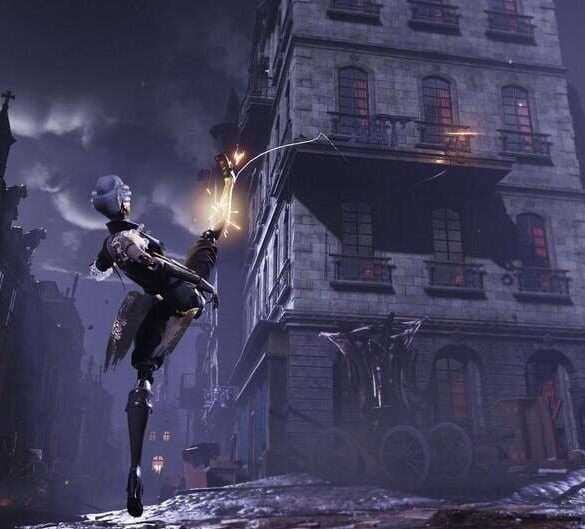 Steelrising is a souls-like action RPG set in a fantasy version of historical Paris in 1789. We play as Aegis, a humanoid automaton, who is said to be the only non-hostile automaton that can save the city from the King’s army.

When we begin our game, we start with a cutscene in which the Queen expresses worries regarding the King’s mechanical army of automatons, who endanger her and her children. Our character, Aegis, is being introduced as the Queen’s bodyguard and the only automaton that is not hostile and could change the course of history.

After the cutscene, we can adjust some of the design elements of Aegis and choose a class.

The classes Bodyguard, Soldier, Dancer and Alchemist are available to choose from. I am choosing the Dancer class because that one comes with fans as a weapon and I enjoy agility in action-packed games. Which class you choose determines your starting stats and equipment but you can always decide to upgrade any skill you want and equip weapons of your choice, giving you the opportunity to really customise your gameplay experience or make changes as you go.

After the character creation, we start the game in the garden of the estate. As we progress, tutorial messages are going to pop up on the screen, explaining the controls and features when we need them. We get to fight our first enemies and explore the area.

Aegis has a big range of flowy movements and can move quite fast. She has an endurance bar and can overheat when the bar runs out, the game also gives us visual cues on Aegis’ body when that happens. We can cool her down with a quicktime-event, otherwise she will take a bit of frost damage because of automated cooldown.

I was really looking forward to some fancy jumps and aerial combat with the agile Aegis. However, I found that jumping is not always the best decision in battle. Our character is very floaty and jumps higher than the enemies, not being able to hit them. While we float down to the ground, Aegis can’t dodge but we can still get hit by opponents. Some fights in the future may encourace jumping more but I would definitely not recommend it early in the game. I would also recommend target locking enemies because Aegis can move quite a bit and locking targets helps with being able to actually hit them.

Eventually, we find the first Vestal, this game’s version of the bonfire in Dark Souls. It serves as a checkpoint, an upgrade point, and a shop. Here are the areas we can upgrade using the Essence we get by killing enemies or exploring the world:

Steelrising is meant to be challenging and it surely is. For those of us who prefer an easier experience or who simply can’t play at the level required to beat the game due to other restrictions, we can turn assist mode on. Assist mode allows players to reduce the amount of damage Aegis takes, decide whether we want to keep the Essence we collected after death, regenerate endurance faster, and activate easy cooling in case Aegis overheats.
Assist mode is entirely optional and you will miss out on some objectives if you turn it on but it can really help if you struggle with combat.

The game world is very versatile, with gardens, wilderness and city themed areas. The path you have to take is rather linear in the first areas but the use of a map and quest trackers makes it seem like the world might open up a bit in the later stages of the game.

These juicy visuals do require a decent graphics card but the game is very pretty and flows very naturally in its variety.

My first hour in Steelrising was very enjoyable. I ended up being a little bit disappointed by the limitations to aerial combat, it feels a bit off. However, the flow of movement is gorgeous and together with the varied environments, I found myself really enjoying using the game mechanics and wanted to see more.
The fictional twist to a historical setting is also something I appreciate and I love that the developers chose a setting that is neither medieval nor gothic – it really brings some fresh visuals and mechanics to the genre.
I really appreciate the addition of the assist mode to allow a wider playerbase to enjoy playing Steelrising. The player gets to decide how difficult or easy they want their game to be and there are some extra achievements for those who like to stick to the standard settings and fight their way through the game. I really wish more games would embrace difficulty as a setting rather than a sign of exclusivity.
In my first hour, I managed to go through a few areas and defeat the first boss. During the early game, the game is rather fast-paced and I could upgrade Aegis a few times and found some new clothing items and equipment for her. I don’t know whether the game will keep up the pace but what I have seen so far definitely makes me want to play more!

If you are interested in playing Steelrising yourself, you can buy the game here: