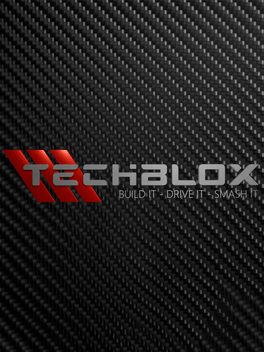 Home
News
Gaming News
Techblox, the new free-to-play build-em-up is able to be wishlisted on Steam

Freejam, the developers behind ROBOCRAFT have launched the Steam page and a new trailer today for their new game TECHBLOX.

Techblox is a new physics-based build-em-up in a similar vein to Robocraft that will see players have to become creative engineers to craft new and exciting vehicles. Using blocks, powered joints, engines, and a wide array of vehicle parts, players will be able to create weapons of mass destruction, speedy race cars, or even just show off their art skills and what they’re able to build in online multiplayer.

PvP combat is going to be a massive part of Techblox’s future. As new maps and game modes are implemented, players will need to build vehicles that can handle what’s required of them from these new game modes. Some game modes will require you to defend and hold a specific location. Others may benefit from being a speed demon.

The first PvP game mode planned for Techblox is set to be a vehicular combat game that will see players encouraged to build Armoured Personnel Carriers. A mix of speed, armour, and armaments will see you do well.

The destruction system in Techblox is all handled server-side and will lead to some exciting, strategic, destructive battles. A player can cause enough damage to split another player’s vehicle in half and completely incapacitate their machine, or they can aim for specific components and try to disable them that way.

This destruction system will require the player to think carefully about where they place weapons, how to protect logic systems and even the player’s character.

Check out the trailer for Techblox below!