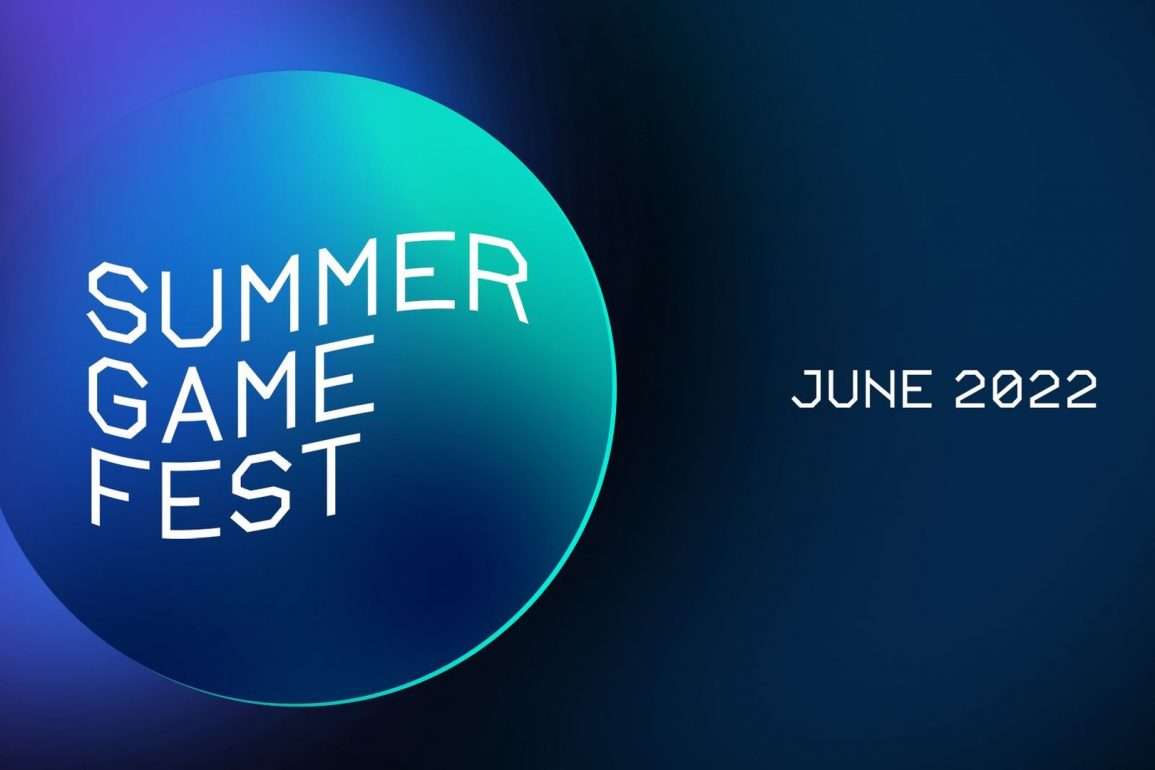 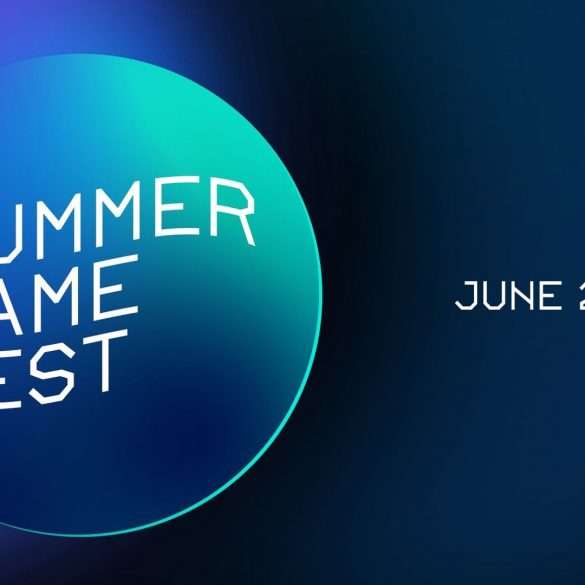 Summer Game Fest Showcase 2022 – A rundown of everything that was announced!

Home
News
Entertainment News
Summer Game Fest Showcase 2022 – A rundown of everything that was announced!

Summer Game Fest has come back around this year and more than a few games were announced during it! We’ve taken it upon ourselves to break down the event into each individual game trailer that was announced. Check them out!

The Last of Us: Remake

It ‘accidentally’ leaked just prior to the event, but it’s now official. Naughty Dog will be remaking The Last of Us, in what looks to be the engine used for The Last of Us Part 2. Shiny new graphics, new AI, better performance in terms of FPS, and new combat options seem to be the main points, and we’re looking forward to replaying such a ground-breaking game.

We also were told briefly about a new multiplayer standalone game set in the Last of Us universe, but besides a piece of concept art, we didn’t hear too much more about it. As soon as new information drops, you best believe we’ll be covering it as a matter of urgency.

Check out the trailer for the remake here:

We didn’t see much about the game, but what we did see brought a cheer from me. Guile, the incredibly-haired monster of a man, is returning to the franchise. Just look at this absolute madman! How does he style it like that with just a comb?!

An interesting take on the Aliens universe. This time round, we’ve got what appears to be a top-down shooter, from the brief bit of gameplay that we saw. It’s something a bit different to the standard first person fare, and i’m interested to see how it’ll play. Having squads of Marines face off against what looks to be a LOT of Xenomorphs sounds like a lot of fun.

From the team that made Dead Space comes The Callisto Protocol, and we got to see some gameplay footage during the event last night. In what seems to be a spiritual successor to Dead Space, we got to see our main character fighting off hordes of grotesque abominations, and using a new gravity-based weapon to kill them with environmental hazards. We’re looking forward to having our pants scared off by this one!

In the trailer that dropped, we got to see what seemed like an entire level played through, showing the gameplay and action that the series is known for. We saw our boys infiltrate an oil rig in the midst of quite the storm, moving stealthily through its levels before engaging in an open battle at the top while trying to gain access to a shipping container that housed a missile, before chasing down a container ship and having to battle across the deck to get to the bridge.

While we didn’t see them in the trailer, we were told that Captain Price and Gaz will be making a return to the series when the game releases on October 27.

We were introduced to a new psychedelic horror game in the form of Layers of Fears, a new title being worked on by Bloober Team, a game that is being made as part remaster, part sequel to the original Layers of Fears series. The team say that it will include an “expanded storyline and gameplay direction”, so it’s definitely something to keep an eye on while it develops.

A new trailer for Midnight Suns introduced Spider-Man as a playable character to its already quite substantial roster. Not only this, but it confirmed the release date for the game as October 7, 2022.

We saw plenty of characters that we know and love, and that we may have to battle some of them as they seem to have fallen to the villain of the hour. (Just look at that corrupted Hulk below.)

The team over at WB Games Montreal dropped a character trailer for Nightwing, the former boy wonder Robin, all grown up.

We got the reveal that Casey Jones will be a playable character, alongside a 6-player mode, and a release date of June 16, 2022.

Ahead of the release of the full Saints Row remake/reboot, the team over at Volition have decided to release the full character customisation as a little standalone thing, for players to sink their teeth into before the full release on August 23, 2022.

We got to see the new playable character, Ms. Chalice in action in the latest gameplay trailer for the upcoming DLC for Cuphead, as well as some new, gorgeously animated boss fights and abilities.

We got a release date for the interesting-looking card-based shooter that’s due to drop on PC and Nintendo Switch on June 16, 2022

Amplitude Studios have announced that their turn-based strategy game Humankind will be releasing on consoles (PS4, PS5, Xbox One, Xbox Series X/S) on November 4, 2022. They also let us have a little hint of an upcoming DLC the Cultures of Latin America.

Flashback (The original) , was released waaaaaaay back in 1992 and it looks like it’ll be making a return at the end of this year. Not much was shown in the trailer, but I, for one, am excited for the return of such an iconic franchise from my childhood. Yes. I’m old. I’m looking forward to seeing more info released as the year goes on!

Witchfire was first announced a few years back in 2017. Since then it’s been pretty much radio silence on the developers part, until last night. We got a gameplay trailer that almost comes across as a fantasy DOOM, not that any sort of comparison to DOOM is a bad thing. It looks to be a lot of fun, and they say it’ll be entering Early Access pretty soon for players to get their hands on.

Not much is known about Fort Solis, other than a few bits and pieces that we’re able to pick up from the trailer that dropped, but we know that we have Roger Clark (Arthur Morgan from RDR2) and Troy Baker (from literally everything) onboard for voice actors. It looks to be a thriller set in a desolate and empty Mars base, and by the looks of the trailer, things seem to have gone to hell in a handbasket. It’ll be interesting to see where this goes.

Routine dropped a trailer, after having been announced a DECADE ago. Not much of substance was shown, rather an introduction to the world of Routine. A world of killer robots, by the looks of it.

A new RTS (seems to be a rare game genre these days) by Frost Giant, a studio that consists of ex-Blizzard employees (so, you’d hope they’d know how to make an RTS) was announced last night. It was only a cinematic trailer, but they claim that the game will have an open Beta in 2023, and that the game, when fully launched, will be free-to-play. Watch this space.

No, there’s no Goat Simulator 2 that you’ve missed out on. This is a sequel to Goat Simulator 1. I mean, i’m not sure what to tell you about it, to be honest. It’s a goat simulator game, and so all the wacky hijinks you’ve come to enjoy from the first game will be here in abundance in the sequel.

We got an extended gameplay trailer of Darktide, showing some Guardsmen (And an Ogryn) prepping for a mission and fighting their way through the underhives of some currently unmentioned megacity.

It looks very much to be a 40k Vermintide, and I can’t wait for it.

Highwater is a new game that is about the end of the world. Like, there’s no saving the day, there’s no stopping the apocalypse. The ice-caps have melted, and life as we know it is over. Cheery! It looks to be an adventure game, with some beautiful visuals.

I have no idea what One Piece is, and i’ve never read or seen it. But, we saw the Straw Hat Pirates on a ship approaching a big ol’ beam in the sky before being launched into the sky in their boat. I have no idea what’s going on, but perhaps this means something? We got introduced to some characters while the pirate ship was flying through a thunderstorm (There’s a skeleton dude called Brook apparently. He looks like a good lad.) and then some guy called Monkey. D. Luffy punched an iceberg (in the sky) with his giant hand.

I’m a bit out of my depth with this one.

Nightingale is an upcoming survival fantasy game set in a world that looks almost Victorian, but with weird horror elements and steampunky vibes. It looks interesting! I’m definitely intrigued to see some more.

We got a reveal of an interesting looking mash-up of two genres that don’t often see much overlap: Rhythm game and FPS. It looks cool as all hell, and it’s got one killer soundtrack, with Metal musicians like Serj Tankien, Matt Heafy, and Tatiana Shmayluk all providing tracks to kill demons to. The devs say that the more demons you kill in sync to the music, the more intense the game will get, so that seems to be an interesting way to build a difficulty curve into the game!

The world of Warframe is about to get a whole lot bigger, with the release of The Durviri Paradox expansion. Expansion is absolutely the word, as the game will be going open world with its release.

We were also promised more information about the expansion that should be arriving next month.

The last game in the showcase was American Arcadia, a game with an interesting premise. You play a character whose life is being constantly televised. Your actions are rated by your viewers. If they rate it highly, good things happen. If they rate poorly? Well, lets not go into that right now. Suffice to say, you might need to start running.

What is it about supposed utopias that always seem to go a bit loopy?