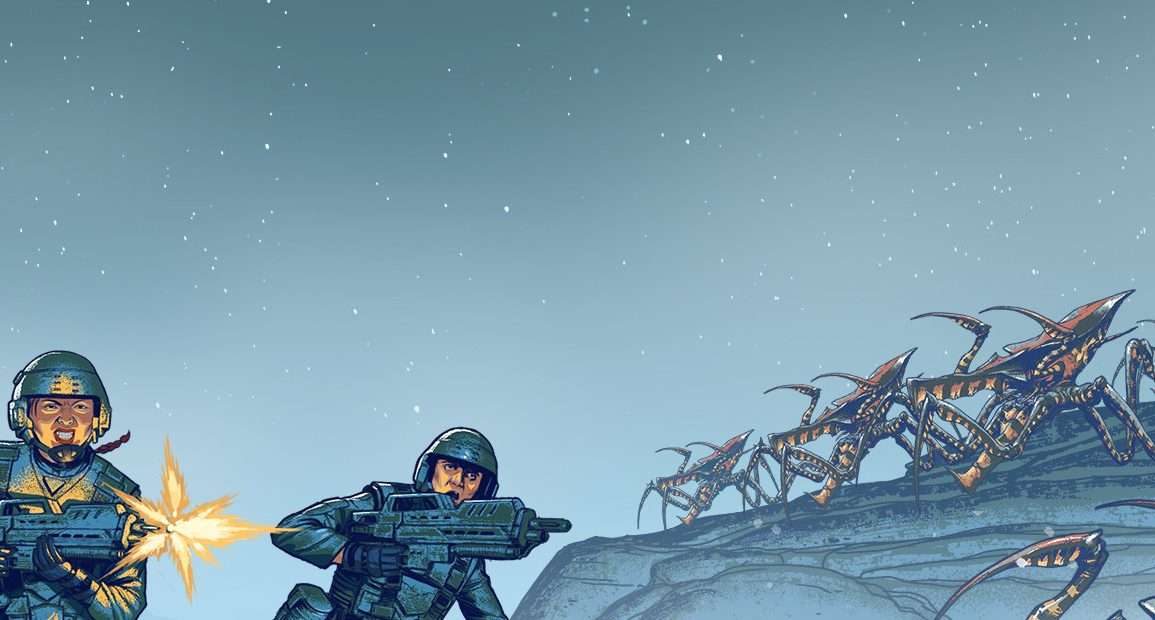 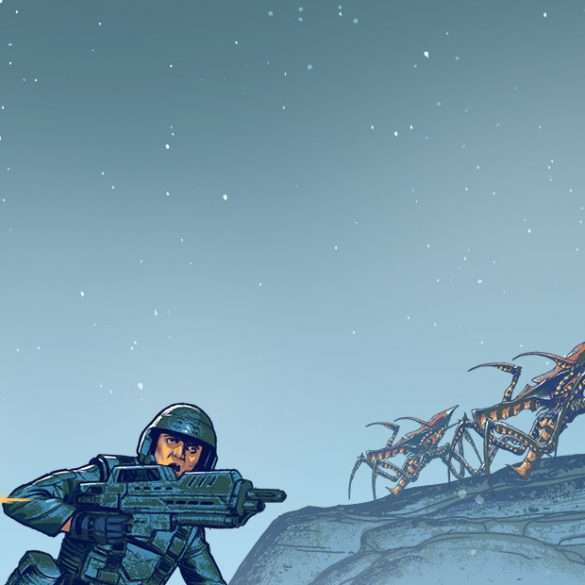 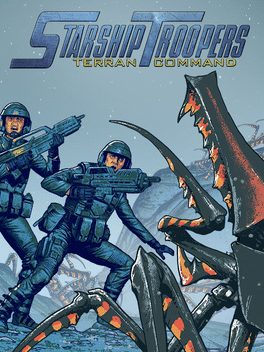 Starship Troopers: Terran Command is a new RTS set in the Starship Troopers movies universe. Take command and control of the Mobile Infantry and do your part in the war against the Arachnid threat. Build, promote and develop your armies to strike an effective balance between tactical superiority and having strength in numbers. There’s only so many bugs one infantryman can take on by themselves! Ensure that it is HUMAN civilization, not BUG that dominates the galaxy now and forever.

Kwalasha, a harsh desert planet calls for aid. Their daily lives of hard, honest work in the mines around the planet have been disturbed by a danger that they cannot face alone. The Bugs. The Mobile Infantry will swiftly move in, take back control of the planet and kill anything with more than two legs. Take part in this exciting military campaign, see amazing locations and experience the heroic war against the Bug, all presented live on FEDNET. Would you like to know more?

With a vast array of weapons, special abilities and unique units at your disposal, the Mobile Infantry has many different prongs with which to beat back the Bug. Rocket Troopers can deliver deadly payloads with pinpoint accuracy. Engineers can shore up defensive positions with machine gun emplacements, barricades, minefields and more.
As the campaign progresses, new technological break-throughs will unlock the true potential of the Federations arsenal, with new rifles, TAC Fighter bombardments, Marauder Mechs and many, many more developments, all optimized for turning the Bug into a mist.

Check out the trailer for Starship Troopers: Terran Command below!