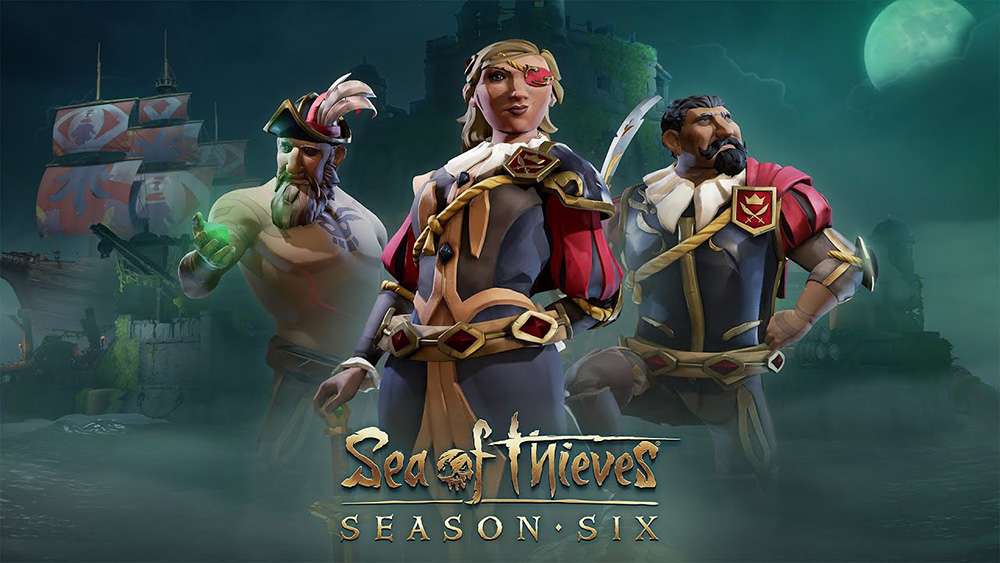 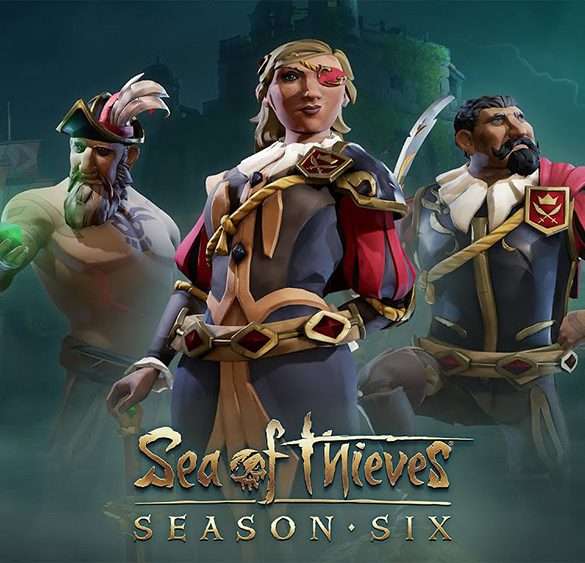 UK-based developer Rare has announced the latest update to their pirate-themed shared world adventure game, Sea of Thieves. Originally release in March 2018, Sea of Thieves is now starting their sixth season of free content since with the free update for all players with Xbox Game Pass and across Xbox Series X|S, Xbox One, Windows 10 PC and Steam now available.

What The Developers Say About Season Six

“As the birds begin chirping and the buds start blooming, a new Season springs into life for Sea of Thieves! Along with an offering of brand new Seasonal rewards, Season Six is all about expanding Sea of Thieves’ narrative through time-limited Adventures, while still giving you opportunities to forge your own epic tales of derring-do – with Sea Forts and the new Pirate Legend-exclusive Voyage, Legend of the Veil. If you can’t wait to write the next chapter in your pirate’s memoir of high-seas adventure, Season Six is now available as a free update for all players with Xbox Game Pass and across Xbox Series X|S, Xbox One, Windows 10 PC and Steam.

Like our past Seasons, Season Six and its 100 levels of rewards are free to all Sea of Thieves players, with cosmetics and other goodies earnable as you build Renown by going about your pirate business. If you want to spice up your Seasonal climb to Level 100 with more premium items not yet available anywhere else, you can purchase the optional Season Six Plunder Pass! Find out more in our Seasons Explained and Plunder Pass Explained articles.

Brought forth from the Sea of the Damned by the machinations of Captain Flameheart, six Phantom-filled Sea Forts have now appeared around the Sea of Thieves for brave pirates to plunder. With a focus on combat and loot to be liberated, Sea Forts provide a satisfying on-demand experience for battle-hungry sailors or those who may not have time for a longer Voyage. Enter a Fort, cut down its spectral defenders, scour every nook and cranny for hidden riches, and defeat the Sea Fort Captain to gain the key to the Treasury.

Once a Sea Fort is cleared, you can make the most of its home comforts – including the well-stocked Homestead room with chairs and a blazing fire to put your feet up and share a well-earned grog with your crew. Just be prepared to defend your little sanctuary from other crews who might want it for themselves!

Narrative-driven Adventures will continue throughout Season Six and beyond, keeping the Sea of Thieves world and lore in constant motion. Adventure 2, ‘Forts of the Forgotten’, will soon pick up the thread from the recently concluded ‘Shrouded Islands’. But another story-centric feature is also set to make its mark later in Season Six. Legend of the Veil, a new Voyage exclusive to Pirate Legends, will send you out hunting for lost Veil Stones across dramatic new locations and facing an ever-changing series of challenges. From haunted islands and shipwreck graveyards to a climactic naval battle against a Ghost Garrison, this is a Voyage you don’t want to miss!

To complement this Legendary content, the maximum rank achievable with the Athena’s Fortune Trading Company will be raised from 20 to 30. With a host of new cosmetics, Commendations and achievements on offer, get ready to continue your climb to the top in Season Six!

For pirates keen to boost their Seasonal reward pool, the Season Six Plunder Pass is headlined by the complete set of items making up the brand new Spring Blossom ship set, alongside the evolving Forest’s Blessing costume which transforms as you climb the Season’s 100 levels. As always, Plunder Pass items are temporary exclusives before heading to the Pirate Emporium sometime in the future.

Other standout selections new to the Pirate Emporium in March are the loud and proud Islehopper Outlaw ship set with matching costume, weapons and even a banjo – perfect for the wild-hearted hellraisers, rabble-rousers and ruffians of the seas. Or if you can’t help striking a pose at a moment’s notice, style it out with the Bunch of Posers Emote Bundle. While you’re browsing the Emporium’s new wares, remember to pick up this month’s free emote too!

New to Sea of Thieves? Find out about the latest free content updates on our What’s New page and pick up some tips from our Pirate Academy, which provides invaluable information on topics ranging from sailing to swordplay as you prepare for your maiden voyage. Learn more about Sea of Thieves at www.xbox.com/seaofthieves, or join the ongoing adventure at www.seaofthieves.com where you can embark on an epic journey with one of gaming’s most welcoming communities!”