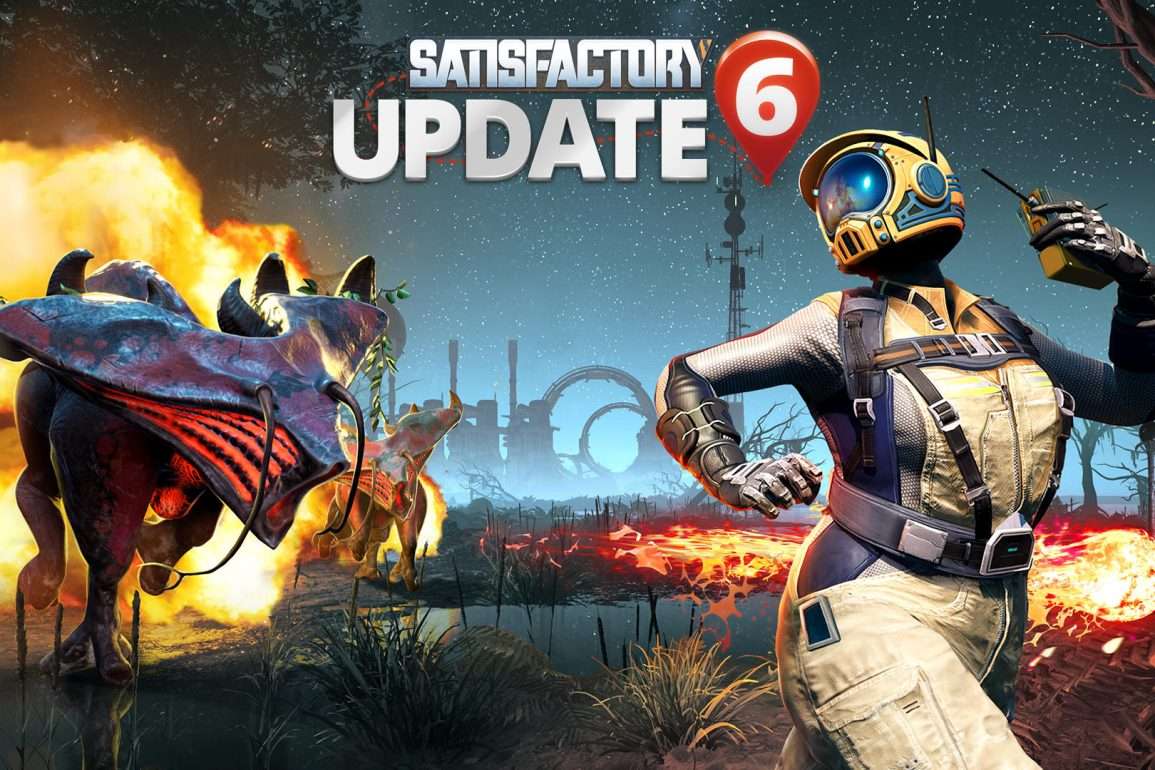 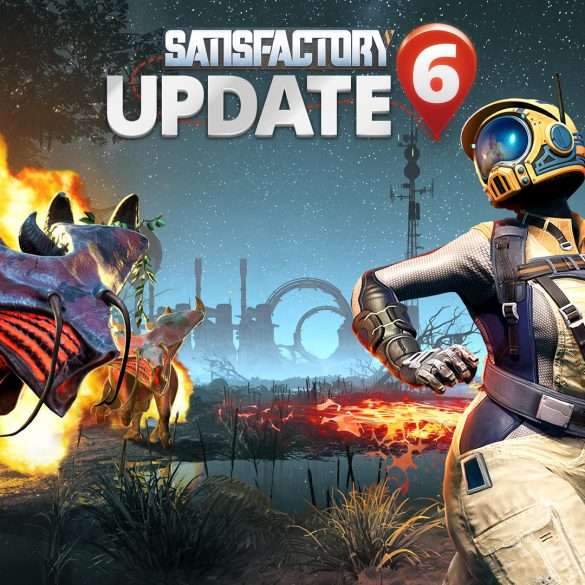 Satisfactory update 6 – What to expect 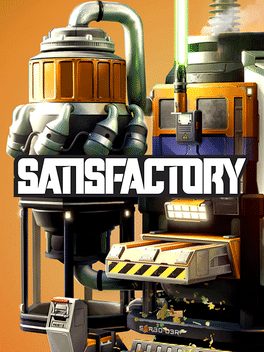 The team over at Satisfactory and Coffee Stain Studios have released Update 6 for Satisfactory, and they have a bit to say about it. I’ve got their press release in front of me and i’ll run through it and break it down into nice, easy to digest sections.

Straight off the bat, they do make sure to say that this update is a little smaller than previous updates, but this update is specifically tailored and focussed towards some quality of life changes and some improvements to the exploration side of the game.

Lets kick things off with the environmental changes they’re making.

Straight off the bat, they’re updating and providing an entire new biome to the game, a calm, tropical coastal biome dominated by vast vertical spires called, funnily enough, the Spire Coast. Something new to incorporate into your builds! Something new to see.

The swamp has also received a full plant life overhaul, and a few terrain refinements to make it more traversable. The resources will will remain the same, but the vibe of the entire swamp is a lot more refined, and how the developers imagined the area.

They’re also working on the atmosphere, the skybox and everything above you. Better lighting, better cloud creation and coverage, and weather, all to create a more enticing environment for your eventual mega-base to exist in.

Creature improvements – The alien beasties of the planet of MASSAGE-2(AB)b have had a lot of work done to improve their visuals and behaviours, with the addition of entirely new AI to contend with, all with the intention of creating a much more immersive and ultimately fun exploration experience.

MAM Progression – The new ammunition types (mentioned more in-depth below) have been integrated into different research trees in the MAM, along with some reshuffling and rebalancing of the MAM tech tree. You may find that some costs and placements of things have been adjusted.

A major change in terms of progression is that some of the most popular energy related alt-recipes are now found in the MAM. Now you can find the Turbo Fuel and the Compacted Coal recipes there, as they are a great addition to the general power based progression in the game, and they thought it best to have these options available to you through the MAM.

Equipment additions – to help pioneers tackle these new, upgraded threats, the team have made some improvements to the combat mechanics. Most notably, they’ve added more tools to engage in combat more effectively and efficiently. And efficiency is the name of the game! These updates are specifically designed to impact the exploration aspect of the game, and we’ll be seeing some new tools and weapons to help beat back the Aliens in your way. New ammunition types, new tools, oh, and a mini nuke. (We recommend retiring to a safe distance if you’re gonna use this one.)

Hardspace: Shipbreaker exits Early Access and releases on PC May 24!

Oh, and you can FINALLY equip more than one piece of body equipment now. You’ve got multiple slots for traversal equipment, head, body, back and legs. No more carrying them around with you!

Improvements to the in-game map – the player map is now significantly upgraded with a range of UI improvements to help make it easier to read and use, and for factory engineers to plan out future expansions and layouts. The Radar Towers have gotten an overhaul too, to make it more useful for exploration.

General technical improvements – There’s a few things that the team have been working on under the hood to keep performance working well, and there are, as with updates in all games, a couple of bug fixes and netcode improvements here and there.

It’s not the largest update they’ve dropped, but it’s one that we’re still excited to explore and experience. They say that this experimental period is going to be a little different, and that they will be pushing certain content they’re happy with, but potentially may have some additional content down the line that didn’t make the initial release. With that in mind, they are planning on having a longer experimental period than usual, so Update 6 likely won’t hit Early Access before the end of the summer.

It’s a super long video, but if you’d like to check out the devs talking through all the things in this release, check out the Update 6 video below!