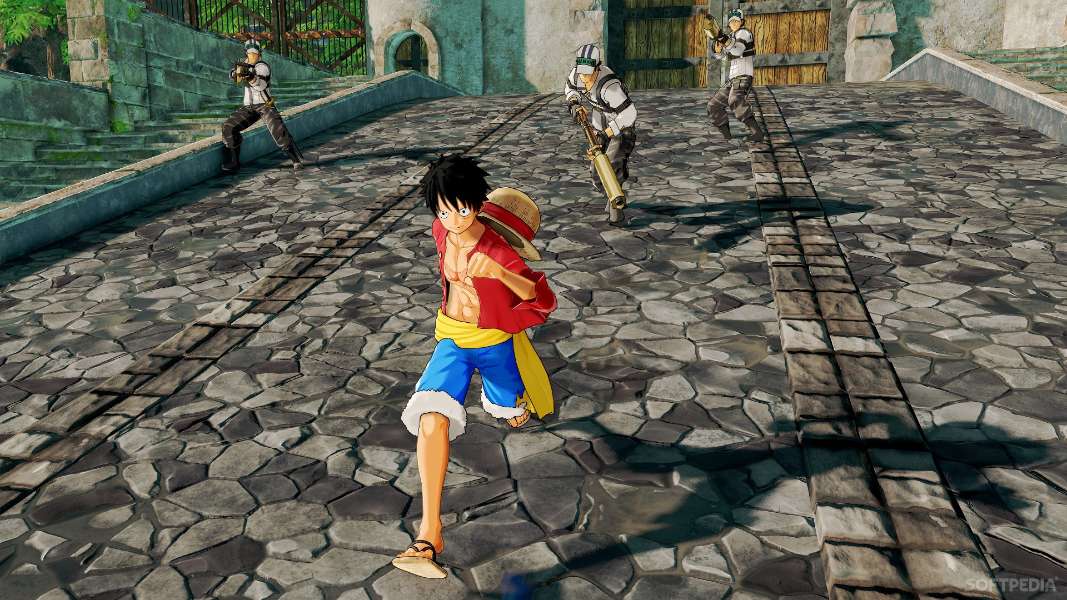 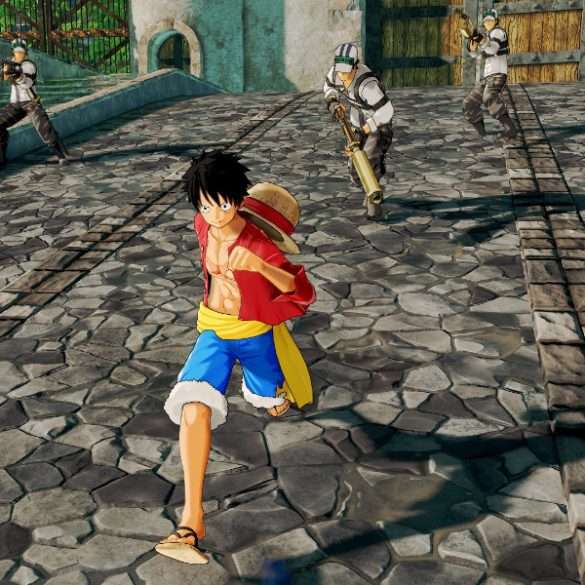 This time the pen of Eiichiro Oda leads our favourite Pirate Crew to Jail Island in an Open World action RPG setting. Here there are Treasures to find, problems to solve and a looming floating Prison Island hovering above the heads of both Anti-Navi and Pro-Navi citizens.

The combat of the main game is categorized into 3 abilities: Attack, Ranged attack and Dodge/Block. Separate to these core abilities there are special one-use powers for which you need to gather Tension by hitting enemies first, usually those powers are the strongest attacks one can do. Now, this is very simple and it should be quite hard to make boring right? Well, that’s entirely wrong from the first second! The entire combat, which should be the core of this game aside from exploration, is just a jank fest. My main trouble is the flow of combat. In combat animation will always play out; there is no way to quickly block or dodge something and the times between attacks is just way too long. It doesn’t feel like a consecutive flurry of dodges and attacks more like an attack, than a break than a dodge or – whats way more likely – you getting hit because even though the dodge button was hammered the game thinks it’s animation was more important than you dying from some light beam.

The Open World is quite fun to traverse; Gum-Gum-Rocket flying about Spiderman Style was for sure the most fun I had in the game, just floating above the trees and buildings for a bit. Other than that there are the generic material pickups, treasure chests and map exploration one can do. Since this game doesn’t do anything special – and I mean ANYTHING special – the open world is just what one expects, with lots of side missions that show the many characters of the series briefly to milk the franchise as best as they can.

Tl;Dr not terrible, but not good, just meh.

Sadly there are not that many good Open World indie games.