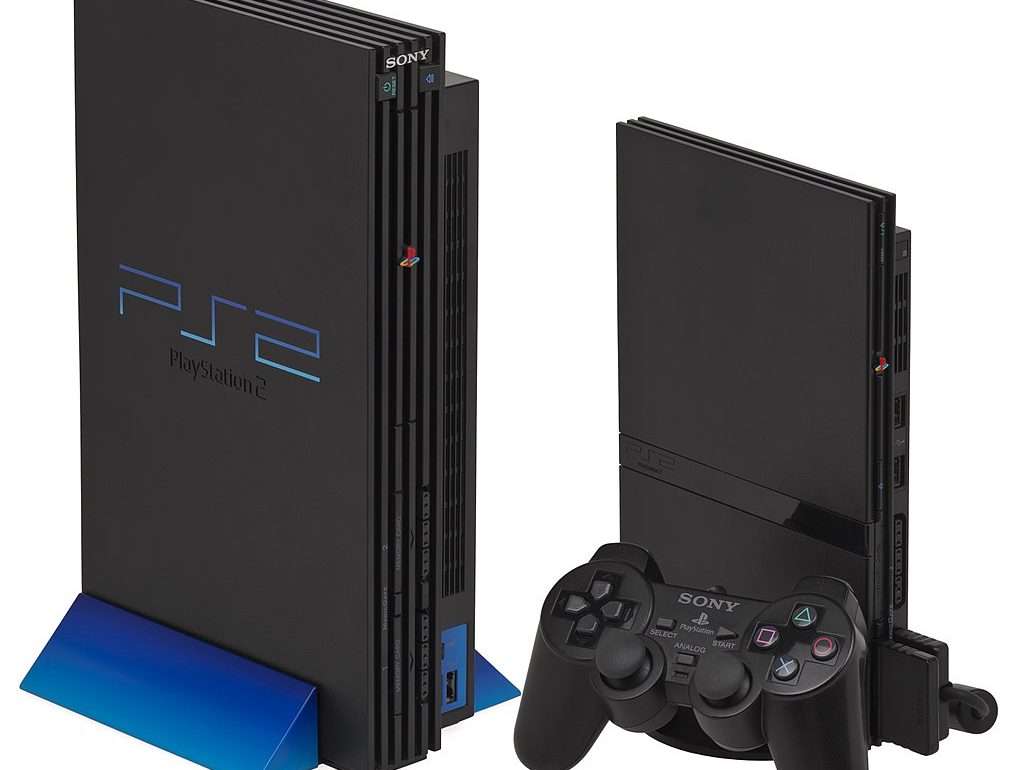 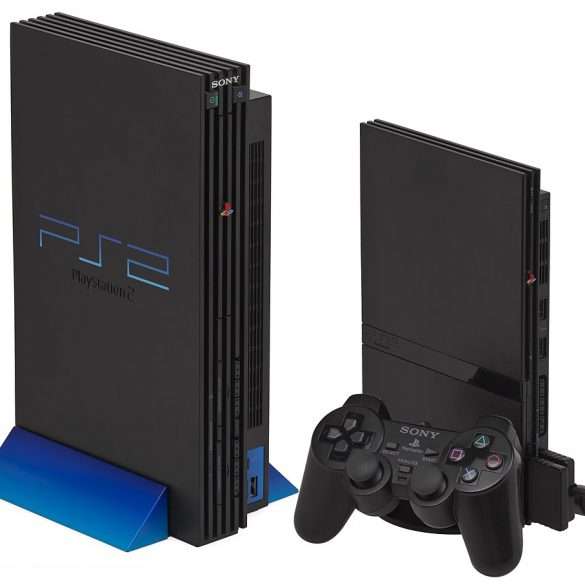 Jackanackaknory’s best games on the PS2

I got to thinking recently about previous console generations, and how new releases were like gold dust. How every triple A game that was released came with months of hype for them. It’s not unlike how things work today, but there was something different back then.

I suppose it was that games on older console generations were released in totality. There was no day one patch, there was no DLC. You may have gotten expansion packs, later on down the line, but generally, the game was the game. For better or for worse, what you got was what you got.

That’s not to say I don’t love and enjoy the games of today. The scale that we have today we could only have dreamed of back then. Being able to climb something in Assassin’s Creed, for example. Climbing the tallest tower/steeple, and seeing the vastness of the city below you, that would have blown my mind back in the day! And the realism of some games, especially racing games. There was a point where I thought graphics couldn’t get better than the early Gran Turismo games, and now we have graphics that are nigh on photorealistic. Blur your eyes slightly when looking at Forza Horizon 5 and you could be forgiven for thinking you were looking at a video of a real car.

But, that’s enough of a ramble for a moment.

I’m here to list off, in no particular order, some of the games that I adored on the PlayStation 2, and perhaps ramble a little as to why.

Hitting the ground running. This game, in my humble opinion, is one of the finest stealth games ever made. You follow Naked Snake through a one man mission in deepest, darkest soviet Russia. You’ve got to stop WW3, as is so often the case with these sorts of games, but MGS3 really brings a sort of silly, 80’s era, James Bond-esque feel to the story.

All the boss fights seem like elite henchmen Bond would go up against, a Soviet Astronaut with a flamethrower, the best sniper in the world (who also happens to be ancient, like, we’re talking close to 100. He INVENTED sniping. Because of course he did), and a man obsessed with revolvers who also meows like a cat. (It makes more sense in context. Kinda.)
One of the bosses shoots lightning out of his hands, for crying out loud. There’s no rhyme or reason for any of this, and it’s never explained in the story, other than it’s just silly, and great fun.

Kojima really hit it out of the park with this one.

I mean, it was basically GTA: Springfield, wasn’t it. Being able to drive around and interact with characters you’d only seen on the TV up to this point was quite the novelty. Plus, the fact that it was actually really good fun really helped its case. Even if some of the missions were unreasonably hard. (Anyone else remember the trauma of that last mission of the game?)

Excellent writing and having the original voice actors really helped lift the world too. It felt like an especially long episode of The Simpsons, one that you got to take part in. Plenty of secrets and easter eggs to find made exploring each map a lot of fun. It was a silly, fun game to play.

What a strange game this one truly was. The King of All Cosmos got super goddamn drunk and broke all the planets, moons, and stars. Roll as much stuff up as you can within a set time limit to fix his mistakes from paperclips, all the way up to entire continents.

Fiddly twin-stick controls mean that it takes a moment to get your head around it, but once it clicks, it’s extraordinarily simple, and incredibly satisfying to get your katamari larger and larger.

Definitely the strangest game on this list by far, but bizarrely, one of the most satisfying. There’s a sort of story that’s told through these odd little cutscenes following a family on earth, but it’s all just so very charming and fun.

It’s one of those games that most people have heard of, even if they’ve never played it, and for good reason.

Timesplitters Future Perfect was an absolute classic. I could leave this comment at that, and those that have played it would know exactly what I mean.

As the name would imply, it’s a time travel adventure, but as with multiple games on this list, it doesn’t take itself seriously in any way shape or form. Each level takes place in a completely different time period, with period appropriate weaponry (for the most part). It’s a solid first person shooter, but it’s really the writing that sells the game. Every character gets a laugh, every story beat hits.

This game is a classic, but not just for the single player experience. The multiplayer for Timesplitters was absolutely stellar. 4 player splitscreen, but LINKABLE to 4 consoles. Up to 16 player mayhem, and it absolutely was just that.

Not ONLY did they offer all this, but they also gave us a map maker. I spent hours upon hours building the perfect multiplayer maps to play with friends back in the day. It’s a shame that modern games don’t offer this any more! Making maps with secret areas and traps was great fun, especially when your friends had no idea of what to expect.

Burnout 3 was one of those racing games that knew exactly what it was, and didn’t try to be anything it wasn’t. You played Burnout for the crashes. The devs knew that and actively threw all their effort into making the crashes as spectacular as the PS2 could handle.

I’m talking hundreds of cars being involved. Entire roads of traffic turned into explosions and destruction.

The races themselves were excellent too, being able to slam your opponents into oncoming traffic wasn’t just a cheap trick, it was recommended! There was a point value based on how destructive the takedown was!

Great fun. Nothing else quite like it before or since.

Ratchet: Gladiator (Or Ratchet: Deadlocked if you’re from the States)

For those of you who have played any of the Ratchet and Clank games, you probably already get it. For those of you that haven’t, do yourself a favour, dig out the PS2 from the attic, and find a copy for pennies on eBay or wherever. Ratchet and Clank games are some of the best early 2000’s platforming, enemy smashing games. Ratchet: Gladiator, or Ratchet: Deadlocked if you’re from the states, was the dark, edgy edition in the series.

Our hero finds himself kidnapped and forced to fight in these televised death games known as DreadZone. You have to work your way up the rankings, fighting bosses and exploring the different levels.
As with any Ratchet and Clank game, the real selling point was the arsenal on offer. This game was no different, with gun upgrades up the wazoo,as well as being able to upgrade your little robot bodyguards too.

Having spoken to some friends about it in the past, they don’t remember it as fondly as I do, but hey. This is my list, not theirs!

What was it about the era of the PS2 that just screamed “If there’s a sport that involves the word ‘board’, we’re gonna have a kickass series of games about it”?

SSX Tricky was a game where you threw yourself off mountains and hoped for the best. If you played any of the SSX games like I did, you never learned any of the button combos for tricks. You just jumped as high as you could off each ramp and button-mashed like a champion. And it was great! The maps made no sense whatsoever, like snowboarding racecourses that went through buildings, but hey. This was the early 2000’s, things didn’t need to make sense then. They just needed to be fun. SSX Tricky was absolutely that. Breakneck speeds, and somehow not breaking your neck in crashes really

Leon Kennedy. Floppy haired badass that will supplex his enemies instead of shooting them because it saves on bullets. (On harder difficulties, this absolutely becomes a strat.)

Leon is sent on a mission to rescue the president’s daughter in the deepest, darkest part of Spain where he encounters a group of villagers. After brutally murdering them all, it turns out it was okay he did this, because they were evil cult members. Probably should have found that out before opening fire, but okay.

There’s all your standard Resident Evil tropes, zombies but by a different name, specialized enemies with weakpoints. It really does hit a lot of the tropes of these sorts of games, but somehow it manages to elevate itself above all that. Resident Evil 4 is one of those games that truly is a masterpiece. The absolute campness of the story, the gunplay, the story itself.

If you’ve played the game and read the line “WHAT ARE YA BUYIN’, I can almost guarantee you just read that line in a very, very specific voice.

That’s just a few of the games that immediately sprung to mind, and i’m sure that at some point in the not too distant future i’ll likely write a part 2 to this article. Please do comment and let me know below if you can think of any games that really stand out for you!