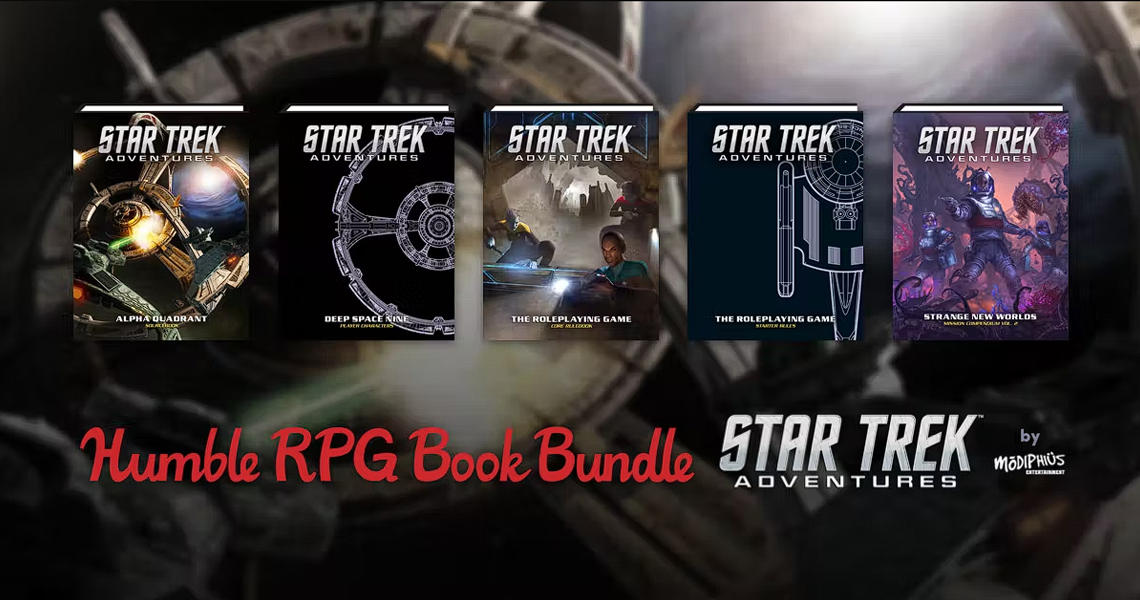 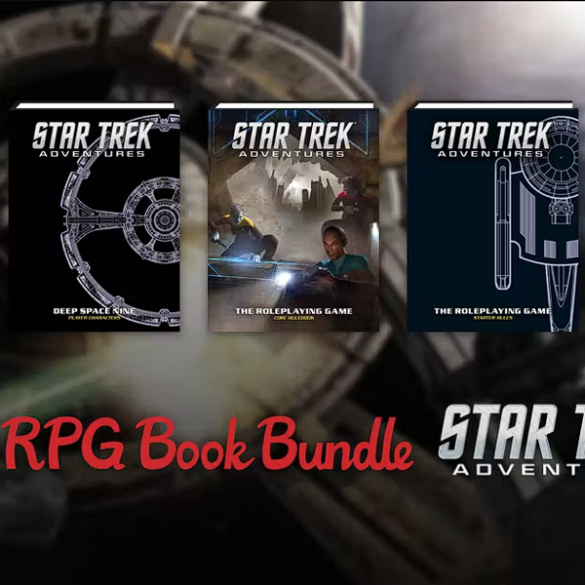 Humble and Modiphius Entertainment have joined forces once again to release a huge Start Trek RPG bundle. Star Trek Adventures is a 2D20 adaptation that allows you to play as a captain of your own Starship searching the Gamma Quadrant (in the Core rules) with many expansions into other regions, species rules and so much more. You can find the Bundle Here

Humble’s bundles raise money for charity and operate on a “Pay what you want” model with set bands for unlocking content. For as little as £0.84 you can get a digital starter set, the IDW Year Five supplement (with extra pre-generated characters, new species rules and new star ships) and a 20% discount voucher for Star Trek Adventures products on Modiphius’s Website.

The Top teir of the bundle is if you pay at least £25.34, with Supplements for Command, Science and Operations divisions to expand the rules used. Nine Adventure settings, the “These are the voyages” and “Strange New Worlds” Mission Compendiums with seventeen extra prebuilt missions between them. The Core Rulebook and Character Statistics for Deep Space Nine and Voyager Characters, These include extra rules for playing Changlings, Ferengi, Holograms and Reclaimed Borg as well as Ship blocks for the U.S.S Defiant and U.S.S Voyager. Also included is a GM Screen PDF, the Starfleet and Klingon Tiles each with 32 interchangeable designs so you can build your own map.

At full price this the combined value of the bundle is £380.50 meaning even the highest tier is a sweet 93% off! Click Here to see this great bundle