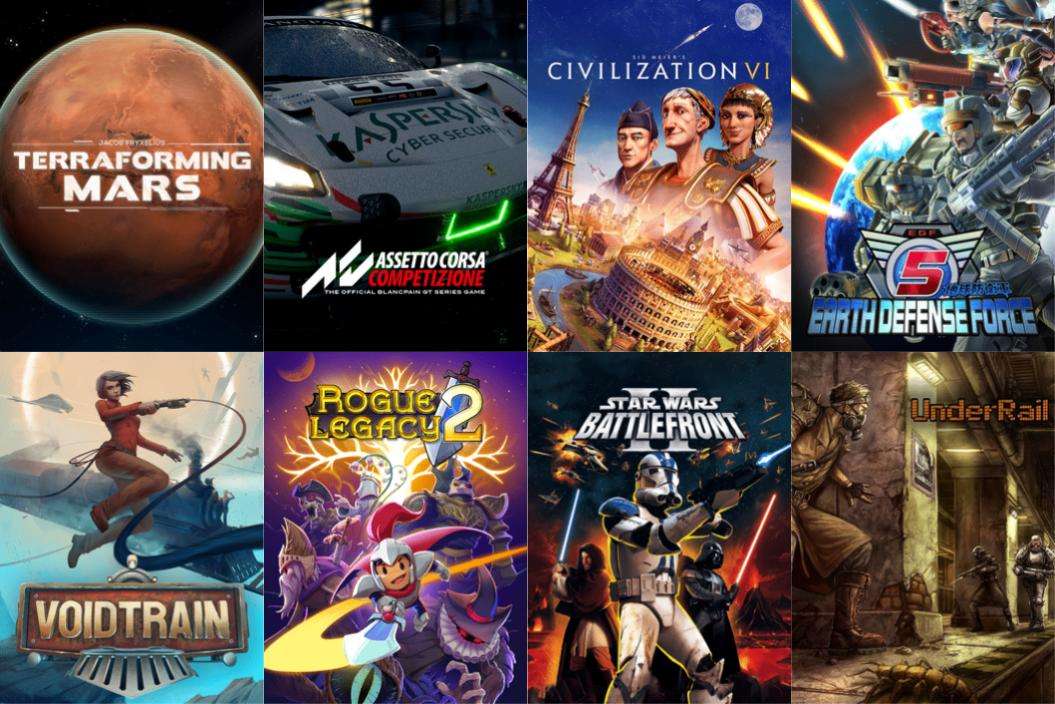 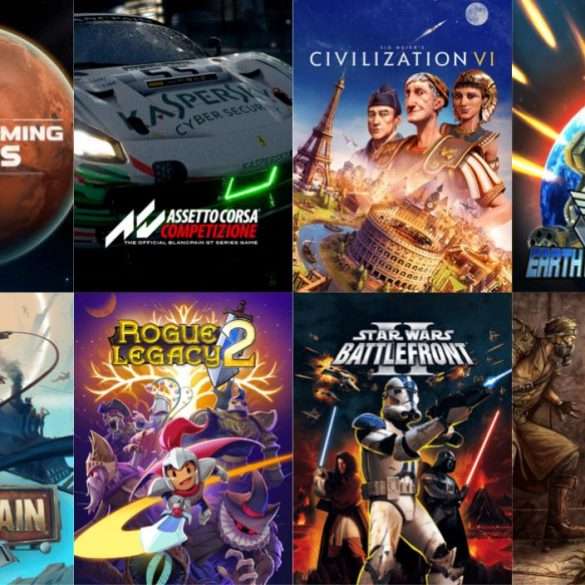 What The Developers Say
“The taming of the Red Planet has begun! Corporations are competing to transform Mars into a habitable planet by spending vast resources and using innovative technology to raise temperature, create a breathable atmosphere, and make oceans of water. As terraforming progresses, more and more people will immigrate from Earth to live on the Red Planet.“

What The Developers Say
“Assetto Corsa Competizione, the official GT World Challenge videogame. Thanks to the extraordinary quality of simulation, you will experience the atmosphere of the GT3 championship. Compete against official drivers, teams, cars and official circuits reproduced to the highest quality ever seen.“

What The Developers Say
“Civilization is a turn-based strategy game in which you attempt to build an empire to stand the test of time. Become Ruler of the World by establishing and leading a civilization from the Stone Age to the Information Age. Wage war, conduct diplomacy, advance your culture, and go head-to-head with history’s greatest leaders as you attempt to build the greatest civilization the world has ever known.“

What The Developers Say
“Stand and fight for humanity. This arcade shooter takes place in the year 2022, as the Earth Defense Force fends off an all-out attack by unknown life forms. Become an EDF soldier, battle against endless hordes of immense enemies, and restore peace to the earth.“

What The Developers Say
“Become a crew member of an interdimensional express! Discover a new mysterious world inhabited by amazing creatures, dangers and surprises. Upgrade your train, gather new materials and build better weapons! Available in single player, or in online multiplayer with up to 4 people..“

What The Developers Say
“Rogue Legacy 2 is a genealogical rogue-lite. That means it has all the trappings of a typical rogue-like (randomized runs, changing characters, and more), but with persistent upgrades, and persistent dead heirs. In this game, your legacy defines you. Spend your parents’ inheritance and grow the family manor to give your children a better fighting chance. Each child is unique, with their own traits and abilities. Your daughter could be a Ranger. She could also be vegan. It’s a new experience every time. Rogue Legacy 2 also lets you play how you want to. Go hard and fast, and dive deeper into the depths of a randomly-generated world. Or take it slow and steady and build your character up until you’re ready for greater challenges.“

What The Developers Say
“Star Wars: Battlefront II is the sequel to Star Wars: Battlefront. It is a high-selling Star Wars video game following the many adventures of several characters. The two games are very similar, as both revolve around troopers from various factions fighting in different locales. Battlefront II, however, includes elements and missions from Star Wars: Episode III Revenge of the Sith, as well as enhanced aspects of gameplay including space combat and the ability to play as Jedi characters or other heroes“

What The Developers Say
“Underrail is an old school turn-based isometric indie role playing game that focuses on exploration and combat. The player takes control of one of the denizens of such a station-state whose life is about to become all that much more interesting and dangerous, as our protagonist is caught midst the conflicting factions of the Underrail as the violently struggle to survive in the harsh underground environment“

Get them while they’re hot!