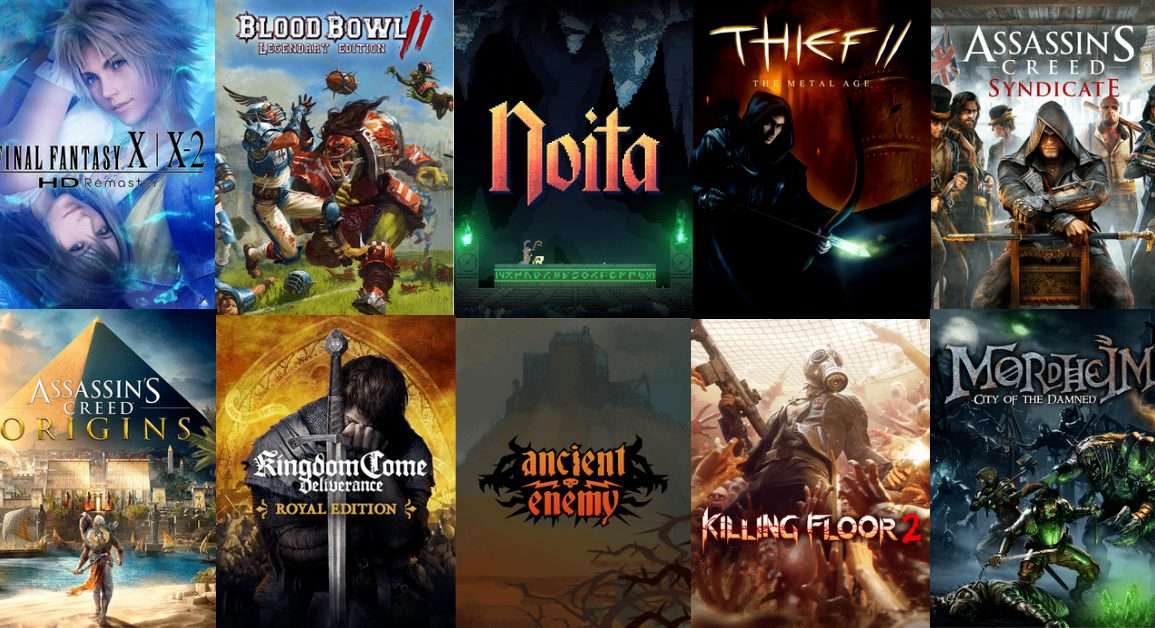 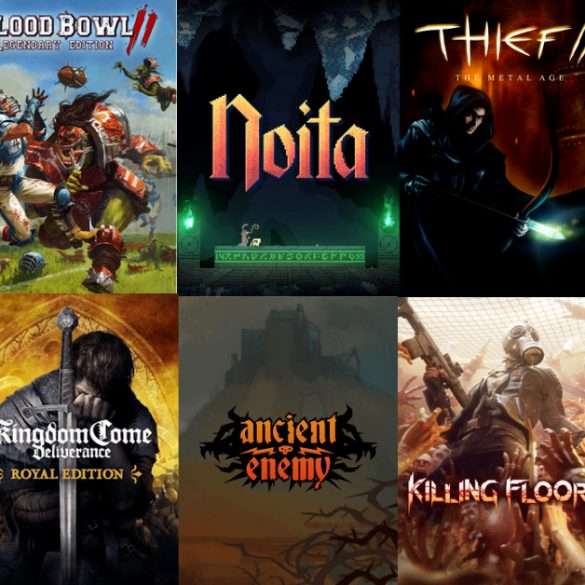 What The Developers Say

“Ancient Enemy is an RPG card battler set in a crumbling world where the forces of evil have already won. Blast distorted enemies with a satisfying range of spells and abilities. Journey into a scarred wilderness and defeat the deadliest foe of all!”

What The Developers Say

“In KILLING FLOOR 2, players descend into continental Europe after it has been overrun by horrific, murderous clones called Zeds that were created by rogue elements of the Horzine Corporation. 6-player Co-Op & 12-player VS Zed-slaughtering mayhem.”

What The Developers Say
“FINAL FANTASY X tells the story of a star blitzball player, Tidus, who journeys with a young and beautiful summoner named Yuna on her quest to save the world of Spira from an endless cycle of destruction wrought by the colossal menace Sin.

FINAL FANTASY X-2 returns to the world of Spira two years after the beginning of the Eternal Calm. Having been shown a mysterious but familiar image in a sphere, Yuna becomes a Sphere Hunter and along with her companions Rikku and Paine, embarks on a quest around the world to find the answers to the mystery within.

Based on the international versions of the games that were previously only released in Japan and Europe, FINAL FANTASY X/X-2 HD Remaster brings these timeless classics forward to the current generation of fans, old and new alike.”

What The Developers Say
“You’re Henry, the son of a blacksmith. Thrust into a raging civil war, you watch helplessly as invaders storm your village and slaughter your friends and family. Narrowly escaping the brutal attack, you grab your sword to fight back. Avenge the death of your parents and help repel the invading forces!”

What The Developers Say
“Blood Bowl 2 smashes Warhammer and American football together, in an explosive cocktail of turn-based strategy, humour and brutality, adapted from Games Workshop’s famous boardgame. The Legendary Edition contains all the official races from the Blood Bowl board game, including the sly Goblins, as well as a brand new race, the Kislev Circus and their ferocious Tame Bears! Experience new game modes such as the brand new Solo Career mode, or the new Challenge mode, which will put your wits and skills to the test through crazy and challenging game situations.“

What The Developers Say
“Mordheim: City of the Damned is the first video game adaptation of Games Workshop’s cult classic tabletop game Mordheim. Set in the Warhammer World’s decimated Empire city, Mordheim: City of the Damned is a turn-based tactical game where you lead warbands into bloody and lethal skirmishes. The game blends RPG elements, fast-paced tactical combat and intricate unit customization in a time wrought by chaos and rivalry where only the strongest survive.”

What The Developers Say
“Noita is a magical action roguelite set in a world where every pixel is physically simulated. Fight, explore, melt, burn, freeze and evaporate your way through the procedurally generated world using spells you’ve created yourself. Explore a variety of environments ranging from coal mines to freezing wastelands while delving deeper in search for unknown mysteries.”

What The Developers Say
“Thief™ II: The Metal Age gives you a chance to revisit the dark streets of the City, now changed by the Order of Mechanists, a new cult which has embraced many of the followers of the fallen religion of the Hammerites. In a world of steam robots and cameras Garrett will have to face a new opponent – Sheriff Gorman Truart, a lawman determined to rid the City of all criminals, starting with master-thief Garrett. Equipped with a new set of tools, including flash mines and scouting orbs, Garrett has to keep himself alive and unveil the secret behind Truart’s actions. Starts out looking as a simple case of corruption will eventually become much more, and Garrett again finds himself a reluctant savior–but that doesn’t mean he’s not going to rob the City blind while he saves it!”

What The Developers Say
“London, 1868. The Industrial Revolution unleashes an incredible age of invention, transforming the lives of millions with technologies once thought impossible. Opportunities created during this period have people rushing to London to engage in this new world, a world no longer controlled by kings, emperors, politicians, or religion, but by a new common denominator: money.

Not everyone is able to enjoy the benefits of this boom, however. Despite fueling the engine of the British Empire, workers’ lives are little more than legalized slavery while the top few percent profit from their labor. Living poor and dying young, the lower class unite in protest as a new kind of family, gangs, who turn to a life in the underworld in their struggle to survive. A struggle, until watchful Assassins come to their side and re-ignite an age-old conflict involving London’s leaders that will echo throughout modern history, from the underground up.

Introducing Jacob Frye, who with the help of his twin sister Evie, will change the fate of millions in Assassin’s Creed® Syndicate. Rise to rally and lead the underworld to break the corrupt stranglehold on London in a visceral adventure filled with action, intrigue, and brutal combat.”

What The Developers Say
“Set in Ancient Egypt, players will journey to the most mysterious place in history, during a crucial period that will shape the world and give rise to the Assassin’s Brotherhood. Plunged into a living, systemic and majestic open world, players are going to discover vibrant ecosystems, made of diverse and exotic landscapes that will provide them with infinite opportunities of pure exploration, adventures and challenges.“