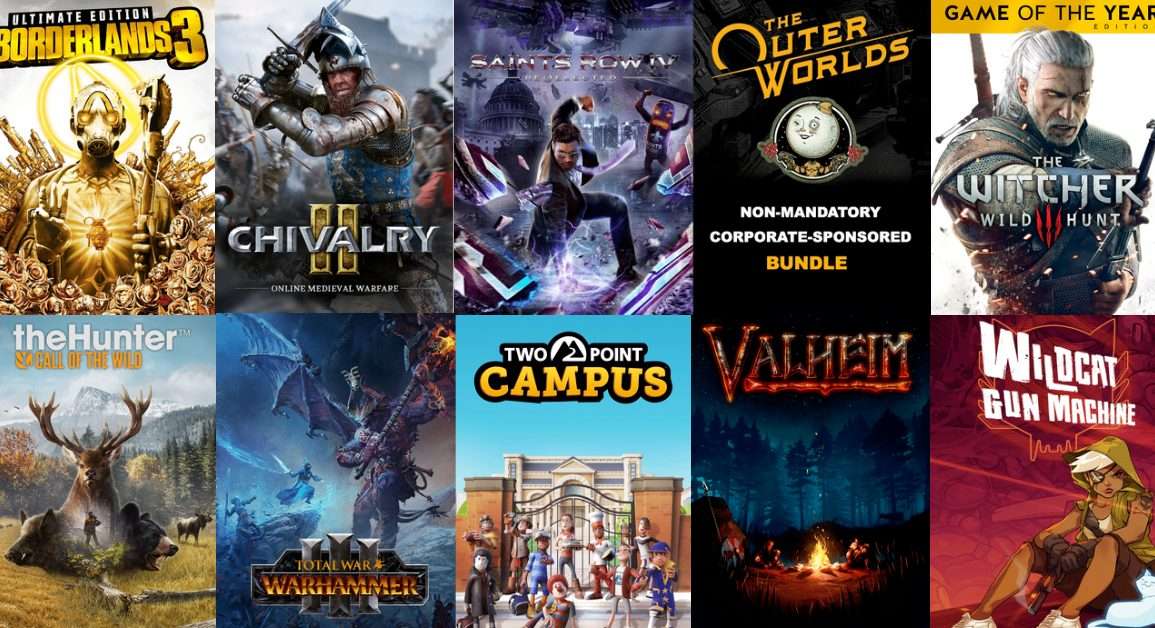 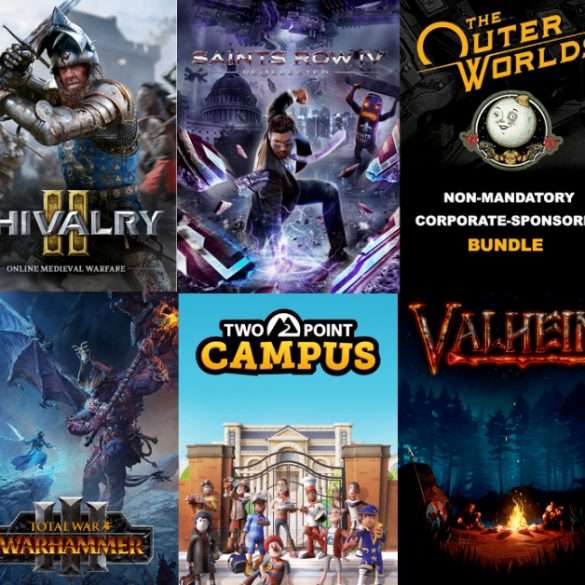 What The Developers Say
“Unlike the first three games in the franchise, Saints Row 4 does not center around the main character defeating three rival gangs in order to take over a city. The Saints have now become a household name, and their leader has become the president of the Unites States. The antagonists in Saints Row 4 are an invading alien race known as the Zin. Most of the game takes place within a computer simulation of the city of Steelport controlled by the Zin, where the protagonist is attempting to free himself and his companions.”

What The Developers Say
“Wildcat Gun Machine is a bullet hell dungeon crawler where you take on hordes of disgusting flesh beasts with a wide variety of guns, giant mech robots, and cute kittens.“

What The Developers Say
“Chivalry 2 is a multiplayer first person slasher inspired by epic medieval movie battles. Players are thrust into the action of every iconic moment of the era – from clashing swords, to storms of flaming arrows, to sprawling castle sieges and more.”

Free to Play Weekend – theHunter: Call of the Wild™

What The Developers Say
“Never before have you experienced a hunting game like theHunter: Call of the Wild. Plunge into an atmospheric open world, teeming with life: from the majestic true-to-life animals to the rustling of leaves above you as you stalk your prey. You can decide to hunt on your own or join up and hunt together with friends. Just remember, you are not just a visitor in this world, you are a living and breathing part of it. As you finally spot the majestic crown of your first red deer through the brush, the feeling is indescribable.“

What The Developers Say
“Valheim is a brutal exploration and survival game for 1-10 players set in a procedurally-generated world inspired by Norse mythology. Craft powerful weapons, construct longhouses, and slay mighty foes to prove yourself to Odin!“

Developer: The Creative Assembly
Publisher: Feral Interactive, Sega
Release Date: Feb 17, 2022
Rating: PEGI 16
Sale Price: £39.99
Sale Begins: Now!
Sale Ends: 12/12/2022
Link: Humble Store *
What The Developers Say
“Far beyond the world and its petty wars there exists a dimension of pure, malevolent magic: The Realm of Chaos. It is a terrible place, incomprehensible to the mortal mind. It whispers promises of power, but to behold it is to be seduced by it. To relinquish your soul to it. To become it. The four Ruinous Powers rule over this place, ever seeking to slip their bonds and engulf the world in a tide of daemonic corruption. Nurgle, the plague god; Slaanesh, the lord of excess; Tzeentch, the changer of ways; and Khorne, the god of blood and slaughter. On the border between the worlds, two mighty kingdoms stand sentinel: the stern warriors of Kislev and the vast empire of Grand Cathay. But each is beset by its own trials, and now both have cause to cross the threshold and send their armies into the Realm of Chaos. The world stands on a precipice. A single push will plunge it into cataclysm. And there is one who schemes to achieve just that, an ancient figure who desires nothing less than to wield supreme power. But to succeed, he will need a champion… The coming conflict will engulf all. Will you conquer your daemons? Or command them?“

Developer: Gearbox Software
Publisher: 2K Games
Release Date: Nov 10, 2020
Rating: ERSB M
Sale Price: £26.39
Sale Begins: Now!
Sale Ends: 12/12/2022
Link: Humble Store *
What The Developers Say
“Borderlands 3 Ultimate Edition is the quintessential Borderlands 3 experience, featuring the award-winning base game plus all six content add-ons and the full collection of bonus cosmetic packs! Blast through multiple worlds as one of four Vault Hunters – the ultimate treasure-seeking badasses of the Borderlands, each with deep skill trees, abilities, and customization. Play solo or join with friends to take on deranged enemies, score loads of loot, and save your home from the most ruthless cult leaders in the galaxy.“

What The Developers Say
“The Outer Worlds is a new single-player sci-fi RPG from Obsidian Entertainment and Private Division. As you explore the furthest reaches of space and encounter a host of factions all vying for power, who you decide to become will determine the fate of everyone in Halcyon. In the corporate equation for the colony, you are the unplanned variable.“

What The Developers Say
“Build the university of your dreams with Two Point Campus, the follow up management sim with a twist from the creators of Two Point Hospital. Get to know your students, explore their personalities and fulfill their wants and needs. Craft buildings, choose courses, hire the best staff and build an academic institution to stand the test of time.”

What The Developers Say
“Become a professional monster slayer and embark on an adventure of epic proportions! Upon its release, The Witcher 3: Wild Hunt became an instant classic, claiming over 250 Game of the Year awards. Now you can enjoy this huge, over 100-hour long, open-world adventure along with both its story-driven expansions worth an extra 50 hours of gameplay. This edition includes all additional content – new weapons, armor, companion outfits, new game mode and side quests.”