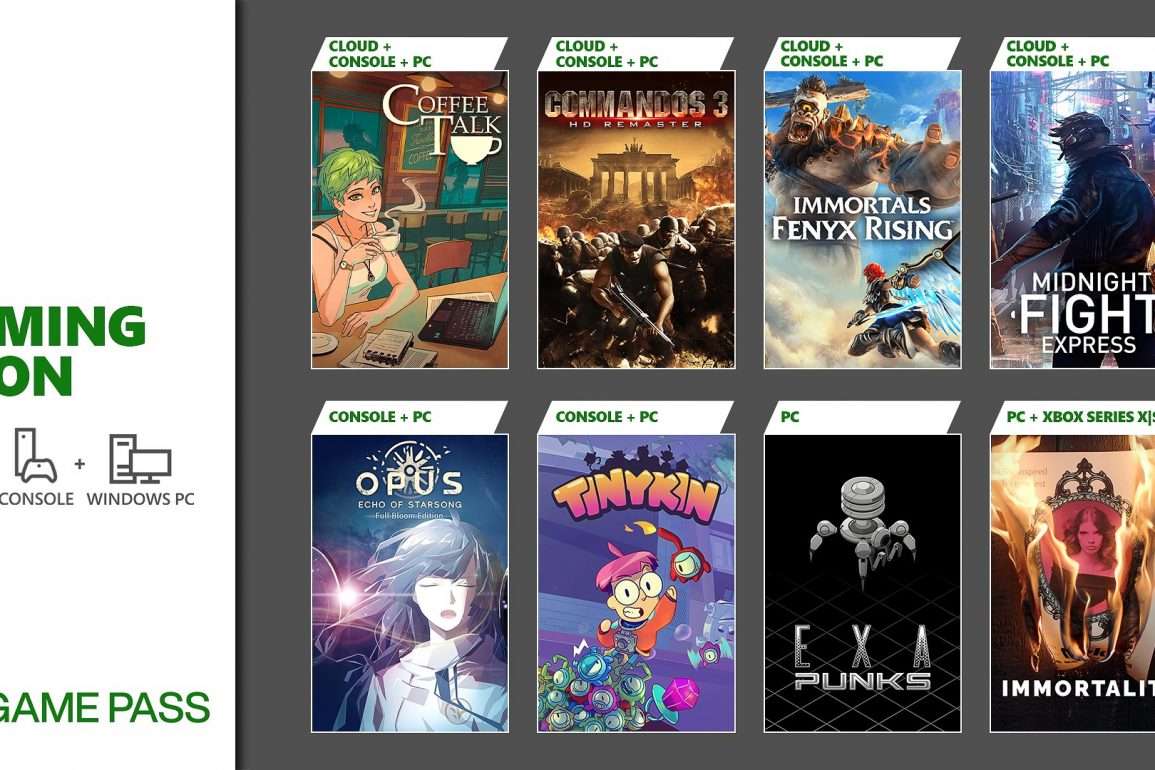 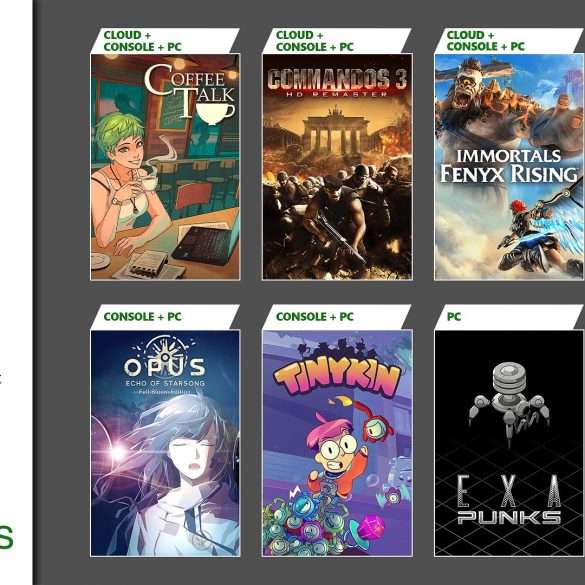 Microsoft have announced the next set of games coming to Games pass.

Coffee Talk has arrived, a pixel-art game all about listening to peoples probelms as you serve them coffee.

Then we have Midnight Fight Express, a action game that claims its protagonist to have all the finesse of an action movie master, coming on the 23rd August 2022.

On the 25th of August we are seeing EXAPUNKS, an hacking game, and OPUS: Echo of Starsong, a Visual Novel style game, coming to Games Pass

On the 30th August you have Commandos 3 – HD remaster coming. Set in WW2 this strategic real-time tactics game will be something to look out for. Along side this you also have Tinykin, a cartoonish platform/Puzzle game set in 1991 where you use the tinykin to help you explore and Immortality an interactive trilogy from the creator of Her Story .

Last but definitely not least is Immortals Fenyx Rising, a open world action adventure game where you are on a quest to save the Greek Gods.