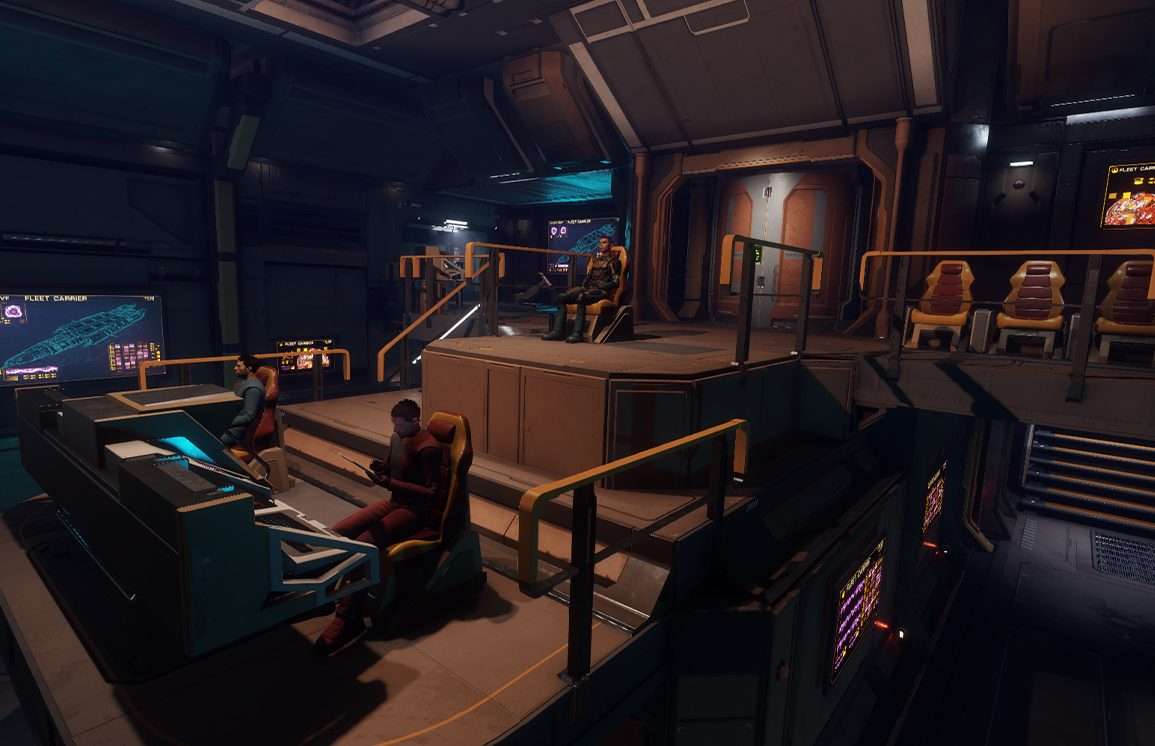 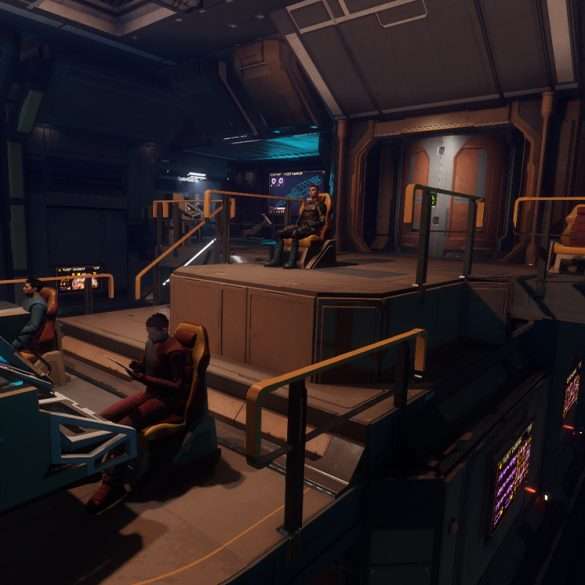 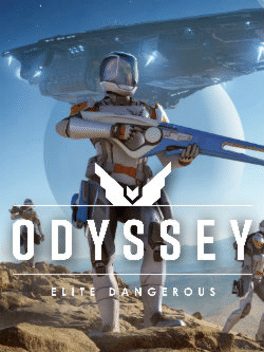 One of the things that has always appealed to me in Elite Dangerous is the idea of walking around planets and space stations when I land on them. The Odyssey expansion brought that to life, creating a zone on each Station that allows you to walk around. With the addition of ground battles the game has really got a depth of content. This has not been without issue however as Odyssey has had a lot of issues getting running.

This patch brings the interior work to one of Elite Dangerous’ largest mobile ships, the Drake-Class Carriers. These huge ships come in at a cool five billion credits to buy and an additional minimum upkeep of five million credits per week. These monolithic ships come with a vast variety of services with a on-board commodities market as standard. You can buy a range of services to make your carrier more of a destination, with options for a refuelling depot, Shipyard, Ship Outfitting and more.

This Patch adds to these ships with a Concourse and Hanger Lobby that Commanders can meet and congregate in, Seating for safe Carrier jumps and a command deck for the Owner and their wing. When unlocking extra areas (Like the Shipyard) the interior expands access to allow people to walk to it. The Bar is another of these areas that will be something to see, this area acts as a fully player driven trading post for materials and resources. The Carrier owner will be able to manage the supply and demand of the station from anywhere, directly influencing the in-game economy.

Fleet Carriers can now have their “Service Tariffs” that are charged on each services costs to be set per service rather than at a flat rate (Universal Cartographics and Vista Genomics are Tariff Free). The Carriers can also have their interiors updated with a selection of concourse themes available in the outfitting menu. You can now also sit in all seats and barstools found in all concourses (Even those on Stations).

There is a new mission type called Protect. These missions are what they say on the tin, you are to protect against piracy on delivery routes. These pay out quite well but you need to be well armed, and responsive, to catch the pirates.

There have also been fixes to how missions work in teams, with shared missions displaying correctly now when they have been failed. As well as a fix that stopped a legal collection mission slipping you some illicit merchandise.

Devolver Digital Publisher Sale – Up to 90% off

There have also been updates to Planetside Settlements, with a fix to make control zones in some settlements accessible during Conflict Zones missions. Also correct was a bug that made settlement turrets hostile when you attacked an enemy dropship.

Links marked with a * are affiliate links and when you buy through them we may earn an affiliate commission at no additional cost to you. This supports the site and helps us bring you more great content. Thank you.