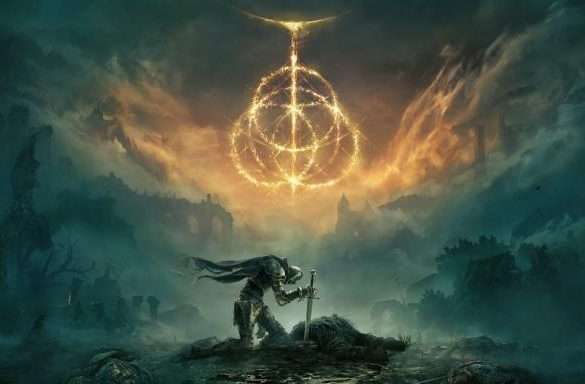 Will it Souls or will it D'OHls 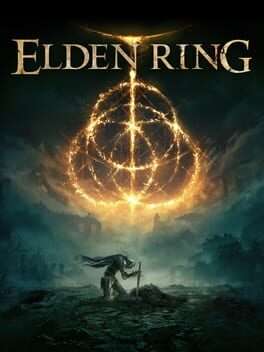 Well does it? This is really the big question everyone stood before when starting this game, how different will the game be in the end. Now it’s been out for a while and after over 200 hours in running my head against the Wall that is a Souls-like game i’am very sure of my opinion here. It is indeed not a Souls game. From Software, the developer, has indeed made a soulslike with a open world that is so different to any existing AAA open world game that it puts them to shame. They made a world so packed with adventures and nooks to explore that’s actually baffling that they don’t seem to care if you do any of them. So how is their approach different to other Souls games? Let’s get into this. This Review will be split into the following categories:

Now this is a easy one, as a avid from Software fanboy this is a easy 9,96/10 game. Now that the Number thing is over there is really a short summary: If you’re looking for a not Story driven RPG that is slightly difficult but has a bunch of exploration, GOOD NEWS this game is perfect for you. Want to play this Multiplayer? Even better this game can be fully played in co-op, you might have to do everything twice but it is still possible (We did this and it worked great). Now does this game have problems? Certainly but like most From Software game those are small and contained in the PvP System.

Well let’s deep dive into this. First of all most people just associate Dark Souls being hard, but much like most other RPG’s it’s about finding the enemies weaknesses and exploiting them. Don’t get me wrong it is still really hard to do but the Souls genre is not about hardness for hardness sake (expect Dark Souls 2 but we don’t talk about Dark Souls 2). That being said Elden Ring is for sure easier than previous From Software games, and even if you’re unable to kill a boss you have so many options to just explore somewhere else first gain some levels, maybe a new weapon before trying the boss again. In Dark souls you more often than not only have 1-3 Choices which path you want to take before you hit a wall of bosses you have to beat to even if you take all the paths, but in Elden Ring no matter where you venture you can always fine new stuff to explore and you don’t even have to kill a single boss for a good 80 hours.

Another difference is it’s difficulty, while most bosses scale up the further you are into the game the “Legacy Dungeon” bosses are mostly quite “easy”, whatever that means, most story bosses are getting progressively harder but in good old Souls fashion the hardest bosses are optional with of course the title boss being entirely optional and not that easy to find. In the end Elden Ring is while frustrating at times, since it has more options to gain level and weapon upgrades easier than a normal Dark Souls game.

But in the end there are of course lots of similarities, this being a soulslike of course it also has the usual progression mechanics as Dark Souls as in: A level System based on getting resources from enemies and than using them on a level up location to gain attributes, a upgrade system for your weaponry based on items you can either find or get dropped from enemies, progressively harder bosses and lots of gamer sweat.

Open World, what have they done differently

With the likes of Assassins creed most AAA open world games are “Chore” type of open world games, where you will be send from point A to point B to the ever same quests hundred of times with no change at all and your character constantly reminding you where to go, where treasure is close by and what npc’s to talk to. This game is different. From Software doesn’t care whatever you do any of the content that is in their game, they even specifically go out of their to tell you that you only need two bosses in total to progress the story even though there is more than double the amount you can do. They also send you a nice and shiny glowing light at each site of grace sending you to the next main boss, straight away from all the side content. While they sometimes give you a nice statue which you can use to find some legacy dungeons the game certainly doesn’t tell you to do anything or how to do many things,

This off the cuff approach to this absolutely loaded world give you actually the feeling that you’re in control of where you can and can’t go. Sure you might just go for the minimum of the story and not explore but it just feels so good to actually find some hidden boss or a boss hidden under a cliff.

In the end they build a rich and fantastic world and they know it. You get a feeling that you want to explore it out of your own will and not being pushed to go somewhere by having your character constantly say that there might be something close by.

Hell on the Horizon: Blizzard Entertainment’s Diablo IV Coming in 2023

It is totally possible to completely do this game in co-op and it is actually fun there is only one downside… the invades are just a insane amount of people running the most broken builds there are basically oneshotting your existence out of the lands between. While the co-op works fine the invades are sometimes so extremely laggy that even though the attack was dodges the ailment build up still applies.

If you want help without any multiplayer this game also has a new function which allows you to summon a npc, from ashes, to help, these are more often than not super helpful.

Welp yikes, so here we go. So if you’re expecting this game to be story driven like a certain someone than you’re sorely mistaken. Yes this game has a story, somewhere hidden away. To be fair the game tells you straight up more information than any Dark Souls game before but it is still very much just the bare bones necessary to push you towards killing some bosses. Like in all previous games the deeper lore is completely hidden in the Items of the game. If you find a Item it is advised to read those while considering your surrounding because most of the time they will be able to tell you a bit of lore of your surroundings.

The goal of all life is Dark Souls

In the end I’m very much a Dark Souls fanboy and it is my game of the year no matter what comes out this year, does it have some issues? Sure everything is somewhere flawed, but none of these issues are game breaking for me. Will you be severely frustrated at times? Absolutely, but you will also be exhilarated at the victory that will arrive at last. This game like many of it’s type is about overcoming adversity, but don’t be afraid to make it easier. If you find a broken build than abuse that as much as possible because that will also feel good.

Elden Ring
It's definitely gonna be my game of the year. If you decide to buy it don't spoil your adventure just go have fun.
Reader Rating1 Vote
9.2
9.7
Reviews where points don't Matter