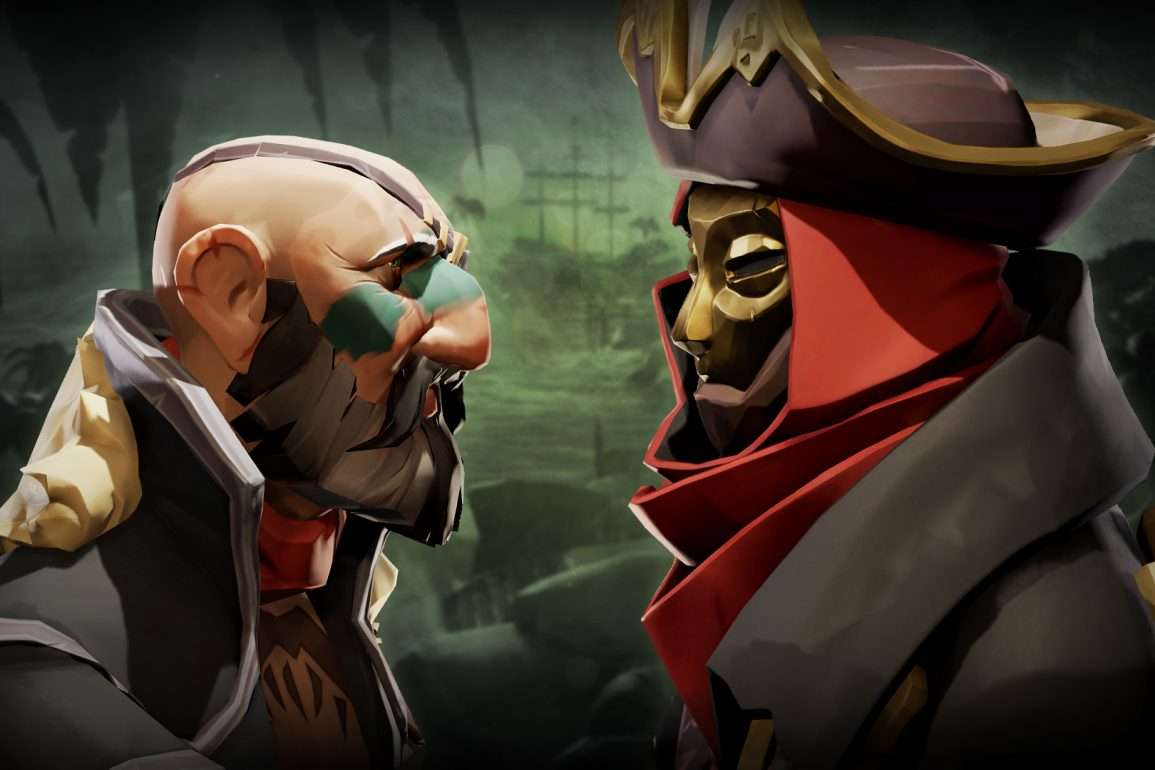 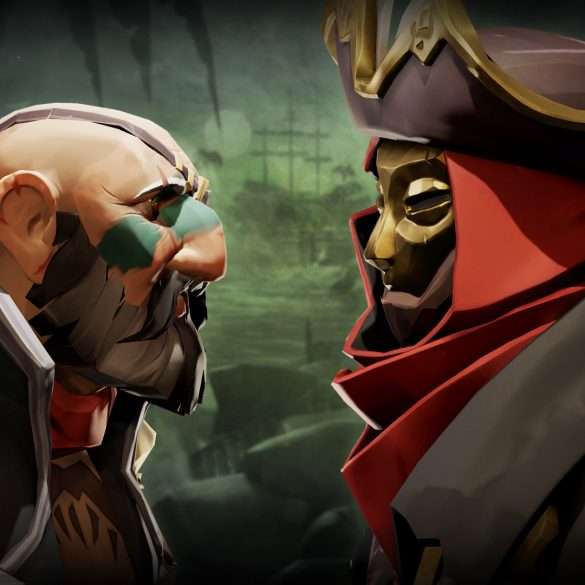 Determine the Destiny of the Golden Sands Outpost in Sea of Thieves’ New Adventure, ‘Lost Sands’!

Choose to side with either Merrick or the Servant of the Flame and make your mark on this world!

The fate of the Golden Sands Outpost hangs in the balance in the latest adventure in Sea of Thieves. Players will be given the opportunity to choose which path they wish to follow, either choosing to help with the rebuilding and reconstruction of the Outpost, or dooming it forever to be enveloped in ghostly mist.

The side with the most support by the end of the adventure will determine the future of Golden Sands in Sea of Thieves, so weigh up your options carefully! Do you want the Outpost restored to its former glory, or would you rather leave it in crumbling ruins as a tactical play? The choice is yours.

Following on from the thrilling conclusion to ‘The Shrouded Deep’, Merrick found his lust for excitement and adventure rekindled, and has now set his sights on rebuilding Golden Sands Outpost – which was left abandoned aaaaaages ago, way back at the beginning of the very first Adventure, ‘Shrouded Islands’.

But even as Merrick tries to rally the island’s inhabitants, a shadowy threat lies in wait. The Servant of the Flame is determined that the Outpost should remain in ruins, and gathers his forces to plot sabotage.

Will you be swayed by Merrick’s fervor and take the Hunter’s Path, helping him track down key supplies to restore Golden Sands to its former trading glory? Or will you slip onto the Servant’s Path, using Soulflame Rowboats to smuggle Relic Caches to the Reapers, scheming to keep the island shrouded?

The choice is yours.

Check out the trailer for the Lost Sands expansion for Sea of Thieves below!