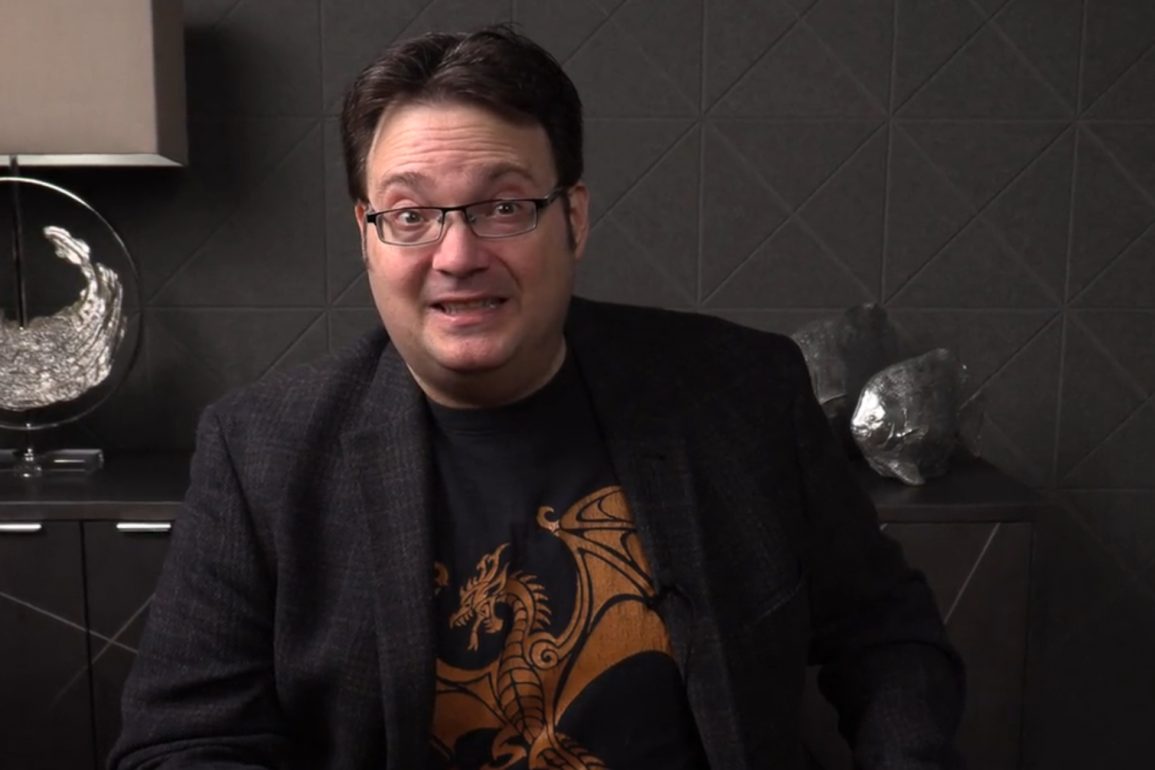 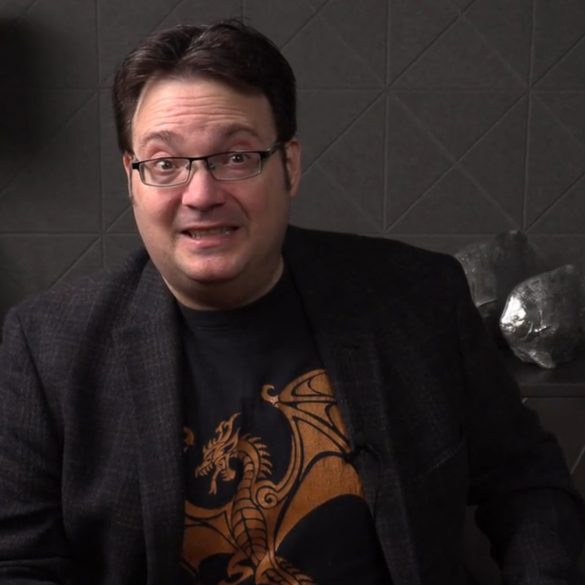 Brandon Sanderson kicks up a Storm

There’s been a kerfuffle in fantasy book circles this week, and it’s all down to one man: Brandon Sanderson. For those who might not be familiar, he is a 15 times New York Best Seller author who was first published back in 2005. Since then he has written dozens (literally) of novels, graphic novels, novellas and what I will call mega-novels as they have a word count of upwards of four hundred thousand. Many of his works take place in an interconnected universe known as the Cosmere where each series and world has its own unique and creative magic system, though he has many other settings. He’s also known for finishing The Wheel of Time after Robert Jordan passed away in 2007.

So he has quite a back catalog, and it’s growing. He has a packed schedule of novels he is actively planning, writing, editing or promoting and has talked about books he is planning to write a decade from now.

He’s also an author who is very involved with his fans. At signings he stays as long as needed to meet every person who’s come to see him, he jumps into discussions on reddit, he lurks in airport bookshops when he passes and signs as many books as the shops will let him, he has progress bars on his website showing the stages of his various (concurrent) projects. He puts out a yearly newsletter, a regular podcast, and frequent livestreams in which he takes questions from chat while he signs his name thousands and thousands of times.  He’s also been doing a weekly update video on youtube, and this is where it all began.

On 28th February, at the end of his usual weekly update, he said that he had something he needed to share.

Some corners of the fandom were concerned, as he was very serious. I’ve seen lots of messages of support towards Brandon: he’s set himself a grueling schedule of writing, in many different worlds. It’s been a tough few years, these messages said, if you need a break, take it. Slow down, don’t burn out, take care of yourself.

On one notable occasion he wrote nineteen thousand words in about thirteen hours, live tweeting his progress. Why? Because it was 30th December and he wanted the book done by the new year. That’s not his normal pace, but even so, no-one can keep up that sort of thing forever, can they?

The follow up video was posted the following day, you should watch it.

You really should. Don’t read the comments, just watch it and then come back.

Watched it? No spoilers now.

Because, yes, he was suffering some issues with writing at the end of 2019, because travel took up so much of his time. And then of course no-one was traveling and he had more time to spend at home with his family…. And as it turns out to write.

Since the beginning of 2020 he has done his normal, scheduled, expected projects, including publishing one book that clocks in at over four hundred and fifty thousand words, published another couple of novels, written another couple of novels,  co-authored a few more novellas, had several crowdfunding campaigns, consulted on The Wheel of Time on Amazon Prime  and organised a convention.

Conventions – is all or nothing at an end?

And he’s also ‘accidentally’ written another four novels (so another four hundred thousand words approximately) and outlined a graphic novel.

I actually laughed out loud watching this video as Flanker can attest. Because of course Brandon Sanderson’s reaction to the pandemic would be to write more books. Extra books! Surprise books! Ones only he and his wife knew about!

That in itself had us Sanderfands reeling. Four new completely unexpected novels: this is Christmas come early. Then just as we think we’ve recovered he hits us again. We won’t have to wait long for them, they are going to be published in 2023. And you can preorder them now, in a Kickstarter that hit it’s one million dollar goal sometime in the first hour, smashed several other records and became the most funded Kickstarter ever three days later.

Then while we were staggering under all this he revealed that 2023 is the Year of Sanderson: his four Secret Projects are available through the Kickstarter, but also eight themed swag boxes so every month a little Sanderson can drop through our letterbox.

Yes, he’s done crowdfunding before, but this is very different. His usual crowdfunding is for leatherbound special editions of his already published work (which look absolutely gorgeous by the way) with the first impressions signed – probably during one of those livestreams I mentioned. These, however, are completely new works, and you can receive them without even knowing the titles. Though Brandon is revealing some details of the books in the next few weeks, they are being referred to only by their ‘Secret Project’ numbers. The theme of the Year of Sanderson is surprise: he’s sat on this surprise for two years, and the books can be a complete surprise to readers too.

Not every author could pull this off: funding so much, so quickly, it takes a combination of vital factors.  Of course one is a dedicated fanbase that comes with being an already successful author. But that’s not unique.

Mainly it comes down to trust, and trust is something Brandon has spoken about on a number occasions. It’s trust in him as an author, that fans are willing to buy four books with no more knowledge than he’s the one that’s written it. It’s the reason that I’ve seen recommendations to read the smaller Mistborn series before the mammoth Stormlight Archive – first you have to trust the author to write a compelling and enjoyable story before you invest your time and money into a series that could take up so much of both.

It’s also trust in the Kickstarter itself. Brandon’s already written the books (first one is going into edits straight away) so there’s no doubt there. He’s previous crowdfunding campaigns demonstrate a history of delivering on time and to the standard he promised. So the products are there, and the fans trust that they will be good. He’s even gone so far to say that any improved pricing they get by ordering more product will enable them to deliver *better* products (two colour printing of artwork instead of one, for example).

As of the time of writing, with three weeks to go,  there are over a hundred and ten thousand backers – a tiny percentage of Brandon Sanderson’s total readership, but a huge number of people that are excited by the stories we will be getting to share, and an amazing example of what can be achieved.

For more information and current progress the link to the Kickstarter is:

https://www.kickstarter.com/projects/dragonsteel/surprise-four-secret-novels-by-brandon-sanderson (opens in a new window)