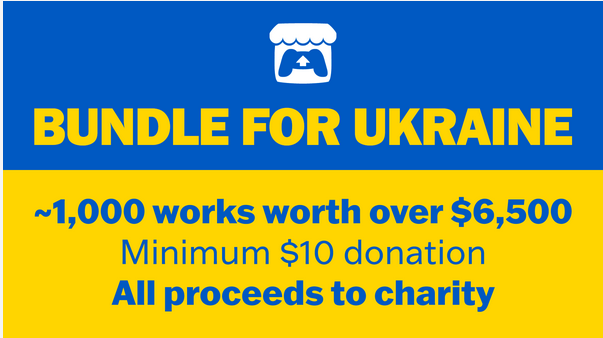 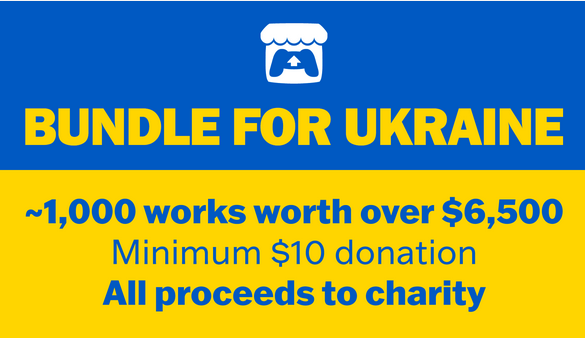 Amazing Value in Bundle for Ukraine

If you are looking for something new to add to your gaming library, on a small budget, itch.io and Necrosoft Games might have just the thing for you. They’ve put together close to a thousand titles, yes, almost one thousand, into a single bundle. It includes ‘almost 600 digital games and over 300 analog tabletop RPG’s and dozens of asset packs, books, sines, comics, soundtracks etc.’

It’s priced at a mere $10 (though you can pay more if you want to) and all proceeds go to either the Voices of Children, a Ukrainian children’s charity, or  the International Medical Corps, who are also doing work in the area at the moment.

I’ve had a browse and downloaded half a dozen to get me started. The one that I’ve opened up to play is Cloud Gardens: a very relaxing game in which you reclaim scrapyards and ruined highways for the natural world, and create charming scenes with a mix of natural and man made objects. I’ve spent a couple of hours in this game alone, so I expect this bundle to be welll worth the money.