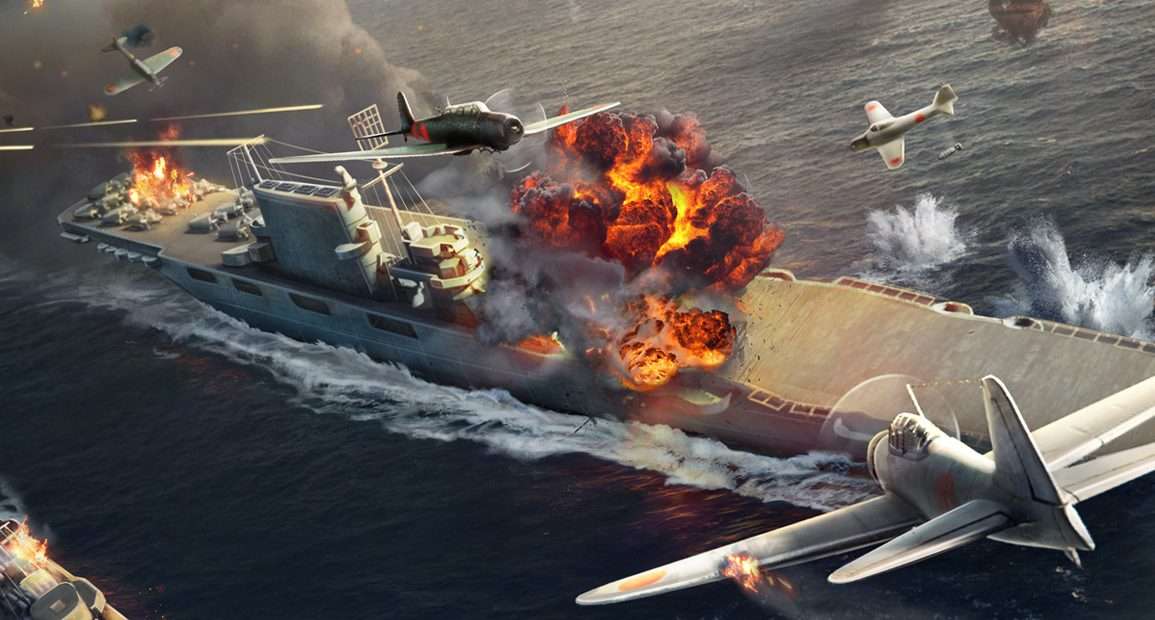 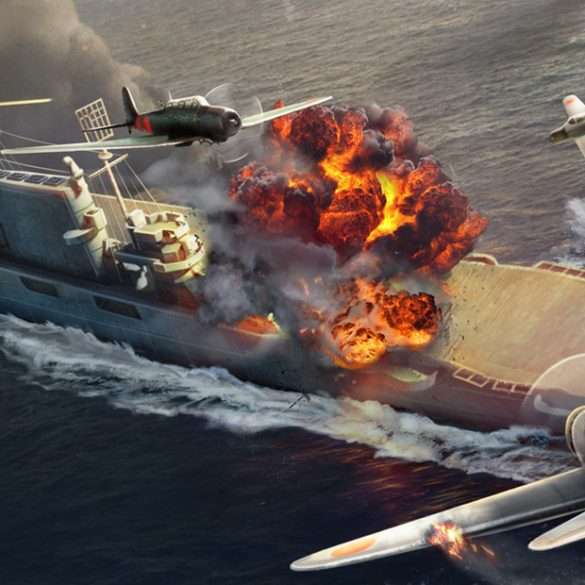 Several aircraft are attacking an aircraft carrier. Explosions can be seen on it's deck.
Gaming NewsPC
·1 min read 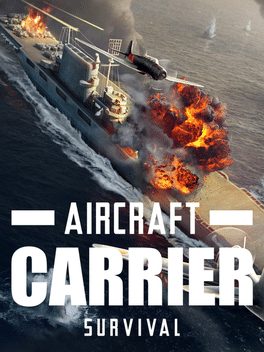 When the harsh mistress that is the sea meets the cruelties of war, a challenge for survival rears its head.

Welcome to Aircraft Carrier Survival, a simulator set in the cold reality of World War II, where your prowess as a commander decides the fate of your fleet, and the fate of the war.

Take control of the aircraft carrier, its officers, crew, and planes during World War II. Choose the right equipment, crew, and escort for the mission and remember that your success, and the success of all those under your command will depend greatly on your flexibility and your ability of managing the fleet resources you have at your command.

Your ship has many stations to man, and proper management will be a vital key to executing your plans. Assign a crew and decide what stations are most vital to success.

Whether you are taking on an enemy directly, sneaking past them, or taking an alternative route to completely avoid contact, you are in command.

Your damage control teams can handle fire outbreaks, torpedo strikes, hull flooding, enemy bombardment, airstrikes, and kamikazes from enemy planes. Just, not all of these at once. Assess which threats need to be dealt with first in order to fight, and survive.

Use flanking manoeuvres, aircraft, anti-aircraft turrets, and whatever else you can think of to survive the enemy attack. Make sure that those that dare to attack you end up in the deepest depths of the Pacific.

Will you risk all lives on the vessel to save the one in need? Hard decisions will need to be made, and quickly. No matter what, some sacrifices will be necessary and the only source of your redemption, and the redemption of your crew is victory.

Use intel collected during recon missions to prepare pilots and aircraft for large operations. Target enemy land bases and even their entire fleets. Identify opponents before choosing attack directions and deciding the sequence of targets and manoeuvres.

Attack. Defend. Win the war in the Pacific.